Abstract
Rocks of Taiwan Island are highly fractured. Hazardous landslides takes place very often in rainy season, especially typhoon season. since the damage caused by Typhoon Herb of 31/July/1996 was estimated more than NT$10 billions, as project to conduct a general survey of exaction landslides of the whole island employing aerial photo-interpretation (API) and GIS techniques was launched for the first step to the preventive measures. Various types of landslides on basis of API are identified are defined, as a contrast to conventional landslide classification scheme. one of the major types of the landslide hazards is the dip slope failure where the dip-direction of rock formation is sub parallel to he look-direction of slope. With the processing of datasets of DTM and rock formations, the areas prone to dip slopes hazards can be predicted. And, subsequently, these areas are further compared with the landslides interpreted from aerial photographs to verify the prediction. this approach proves to be effective.

1.Introduction
Taiwan Island is located at tectonically active region where relocks are highly fractured. Thus hazardous landslides take place all the time when torrential rainfall comes in rainy season, especially in Typhoon season. One of the major types of hazards is the dip slope failure where the dip-direction off rock formation is sub-parallel to the look-direction of slope sloping land are fragile ad sensitive. However, the high rising price of urban lands has urged the people to approach the marginal lands with potential landslide hazards. Thus, regulations are enforced to restrict the development of areas prone to dip slope hazard.

With the processing of a dataset of DTM (i.e. Digital Terrain Model ) and a dataset of the attitude of a rock formation, it is possible to map the areas where are prone to dip slope hazard. And, for verification of these areas, results were further compares with the landslides interpreted form aerial photographs, taken in 21/june/1990, and 14/July/1997. A case form Tauyen Country of northern Taiwan is given in this paper to demonstrate the process.

2.General Survey is Critical
The damage caused by Typhoon Herb on July 30-August 1 of 1996 was estimated more than NT$10 billions besides the loss of lives. Thus, a project to conduct a general survey of existing landslides of he whole Taiwans Island employing aerial photo interpretation (API) and GIS techniques was deemed necessary for the first step to the preventive measures. the project was launched on 1 July 1997 and it will last for 4 years to finish the interpretation and a resulted database on basis of circa 20000 aerial photos. A task force lead by author is dedicated to this project.

There phases are devised for each year, namely the standard API phase, the field check phase, and the database phase. In the standard AAPI phase, aerial photos of the study area of the fiscal year area interpreted with standard API procedure as adopted by photo-geologist. Various types of landslides are transferred to orthophoto map with a scale of 1:5000 ( in low relief terrain ) and 1:1000 ( in mountainous terrain ) and each landslide is assigned a unique ID number. In the field check phase, the features of each landslide are recorded along with a picture an assort video using digital cameral and digital VCR. In the database phase, a landslide digital map is accomplished with a database, which includes the map, the features table, the picture and the video of each landslide of the study area.

In this study, various types of landslides on basis of API are identified and defined, as a contrast to conventional landslide classification scheme, which is not based on aerial view and is devised to describe a single landslide rather than a regional study of landslides (Liu et., 1998).

3-1 Dip Slopes
Bedding planes are discontinuities of rock bodies. The geometry of bedding planes in relation to slope planes is a critical factor to the slope stability. Relatively, oblique and reverse slopes are stable in comparable to dip comparable to dip slopes, as shown in figure 1 ( Liu, 1985 a and y 1985b). road A is on a reverse slope, whereas Road B on a dip slope. 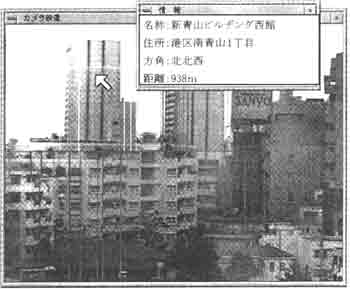 Figure 1. Road alternatives. Road a is on a reverse slope, whereas Road B is on a dip slope.
A dip slope is a slope where the dip direction of rock bedding is sub-parallel to the look direction of a slope. On a dip slope, if the slope angle is less than the dip angle ( figure 2a ), the bedding plane runs into the ground. Therefore, a stable condition cab be presumed provided no other special conditions. On the contrary, if the dip angle is less than the slope angle on a dip slope ( figure 2 b), the bedding plane enlights on the slope. And, the bedding plane of sedimentary rocks is basically a weak plane apt to becoming a gliding surface. Therefore, the later case is relatively unstable. 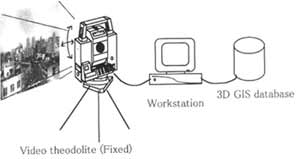 ACRS 1998
3-2 Lincoln Vila -The Most Famous Case of Dip Slope Hazard
After the attack of Typhoon Weny on 18 August 1997, Lincoln Villa, a famous residential area on sloping lands near Taipei City, encountered a catastrophe of a damage of 100 houses and a casualty of 100 people ( figure 3) (Chi et. Al., 1998; Tian,1998). This is a typical dip slope hazards as ever seen in Taiwan due to inappropriate site selection and site treatment.

Figure 3. Dip Slope Hazard of Lincoln Vila Catastrophe on 18 August 1997.
3-3 Unstable Dips Slopes Processing Approaches and Results
for the study area in San-Guang of Tauyen Country, a DTM dataset was obtained by simply subsetting the Taiwan DTM, which is a 40 meters DTM covering whole Taiwan Island, created by Agriculture and Forestry Survey Team. This dataset was used to derive slope direction and slope angle of the study area. in the mean time, a dataset for deriving dip direction and dip angle of bedding planes was created by digitizing the geological map of the study area. The dip slope area can be generated by comparison between slope direction and dip direction. In this study, the slopes with a difference of less then 22.5 degrees between theses two directions are assumed dip slopes. subsequently, the dip slope area are further divided into stable and unstable sub-areas by comparison of dip angle and slope angle and slope angle, as discussed on paragraph 3-1. figure 4a shows the areas of dip slopes. figure 4b shows the areas where dip angle is less than slope angle. by overlaying these two datasets, unstable areas can be obtained by looking at dip slopes with enlighted bedding planes ( figure 4c and 4d). figure 4c is an aerial photo taken in 1990 overlaid by e unstable polygons whereas Figure 4d is an aerial photo taken in 1997. the results proved a large scale dip slope hazard such as the one near the center of the aerial photos with 200 meters in length can be predicted as shown in Figure 4c and Figure 4d. 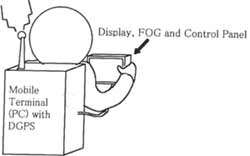 Figure 4 Results of unstable dip slope processing
Conclusion
The highly fractured nature is a major cause of hazardous landslides in Taiwan. After a severe damages caused by Typhoon Herb in 1996, it was recognized critical to conduct a general survey of existing landslides of he whole island. A aerial photo-interpretation was applied due to the advantage of bird-view and the stereoscopic capability. And, GIS is adopted to establish a landslide database.

One of the major types of the landslide hazards is the dip slope failure. With the processing of database of DTM and rock formations, the areas prone to dip slopes hazards can be predicted. And, this is further compared with the landslides interpreted form aerial photographs to verify the prediction. the case form Tauyen Country of northern Taiwan proves that unstable dip slope cab be predicted.