Geospatial technology can help Nigeria unlock its tremendous wealth and potential, and advance the developmental objectives. But what is lacking is a well-defined geospatial policy.

Back in the year 2000, when The Economist published a story on Africa titled The Hopeless Continent, very few people would have predicted that just a decade later the same publication will come out with another article and term Africa as A Hopeful Continent. No other country in Africa echoes this sentiment as Nigeria. Referred to as the ‘Giant of Africa’, Nigeria recently pipped South Africa to become Africa’s largest economy after the government announced a long-overdue rebasing of the country’s gross domestic product.

The data indicated that the economy grew to $453 billion in 2012, instead of $264 billion as measured by the World Bank for the year. South Africa’s economy was at $384 billion in 2012. Estimates for 2013 indicated further expansion to $510 billion, Nigeria’s chief statistician, Yemi Kale, told a news conference in the capital, Abuja, recently. The new calculations take into account changes in production and consumption since the last time the exercise was carried out in 1990.

Nigeria, a land of 170 million people and measuring about three times the size of South Africa, had enjoyed high rates of growth in the recent years, notwithstanding widespread corruption, poor governance, rampant oil theft and raging insurgency in the north. During 2005-2013, the average growth was 6.8%, according to the International Monetary Fund, which is projected to grow this year at a rate of 7.4%.Global investors have been eyeing Nigeria as a potential boom market, along the lines of the BRIC countries (Brazil, Russia, India and China) 10 years ago.

The Government of Nigeria has been following a policy of greater economic reforms, which seeks to transfer state ownership of institutions to the private sector in order to improve productivity and thus boost the overall economy. However, experts believe that things could have been much better with firm government policies that promote the use of modern technologies. The realisation is setting in now and most sectors in the country have begun to deploy new-age technologies to streamline their functioning. The concept of ‘smart governance’ is on the rise and organisations are looking at greater efficiency, community leadership, mobile working, improved citizen services and continuous improvement through innovation. All this offers the geospatial community in the region a reason to cheer and a perfect launching ground from where it can take off to the next level.

The National Space Research and Development Agency (NASRDA) was established in 1999 with a mandate to coordinate all space science and technology related activities in order to accelerate developmental activities in Nigeria. The agency has also been selected as the coordinating body for developing Nigeria’s National Geospatial Data Infrastructure. Close on the heels, the National Space Policy and Programme was approved in 2001, which created an enabling environment for the achievement of the country’s space agenda.

Nigeria has been extremely active with its space programme and has successfully launched five satellites into orbit since the launch of NigeriaSat-1 back in 2003. Continuing with its extremely successful satellite programme, Nigeria plans to design, build and launch a satellite of its own by 2020.

Geospatial technologies and the industry has contributed immensely to the economy in Nigeria by empowering various sectors in making better decisions based on location, business and intelligent geographic information, points out Adeoye. But the industry as a whole feels it is still at its nascent stages.

“We still do not have enough data and geospatial structures in the country,” says Abiodun Awofeko, CEO, Quest Consolidated, a leading geospatial company in Nigeria. However, he is quick to add that with changes in policies and availability of the required manpower, the situation is changing rapidly and more and more departments have started to implement the technology in their functioning.

It is commendable that the country already ranks one of the most prominent users of spatial technologies across various departments in Africa. A recent study conducted by the University of Cape Town on the status of SDI implementation in Africa gave Nigeria the highest score for its initiatives. “Although the size and composition of the Nigerian geospatial industry are unclear, but considering the increasing number of stakeholders and potential users planning to embark on geospatial project, the industry has a high projection rate,” adds Adeoye.

Being one of the biggest countries in Africa, Nigeria is considered to be an important market by the bigger industry players. Many giants from the geospatial industry have appointed their distributors and resellers in Nigeria and are executing a number of major projects. Highlighting their activities in the country, Louis Darko, General Manager, SAMBUS Geospatial, which distributes Esri products in Nigeria, says “Nigeria is one of the biggest markets for us. We have several major projects going on here including a project with the Lagos State government where we are trying to inculcate GIS into the functioning of various institutions, companies and ministries. The National Communication Commission of Nigeria is also executing a major project using our software.”

Some experts, however, believe that things could have been much better with firm government policies that promote the use of modern technologies. “Although we do have policies in place, there are very little or no efforts on their enforcement,” says Awofeko.

Sectors that hold promise
Use of geospatial technology in Nigeria is vast and spans across various verticals. For example, the Ministry of Housing and Urban Development is legally mandated to use geospatial technology extensively as part of its functioning. The ministry has different data management departments which collate all the records from different surveys as well as all information about title land and title plan of federal government properties, so that the data can be shared by all departments across various states in the country. Besides, other departments such as the environment, utilities, defence etc. also make use of this technology. “Now, with the spatial data infrastructure in place, all departments in the country have begun to use spatial data and benefit from it without having to incur the cost of producing their own data,” says Awofeko. Geospatial applications is known to play a significant role in providing solutions to problems associated with disaster management, environmental control, disease control and management, demographic conflict resolution and providing education for all, explains Emmanuel Okogbue, Associate Professor at the Federal University of Technology. Some of the other potential verticals include mapping, mining and flood assessment. 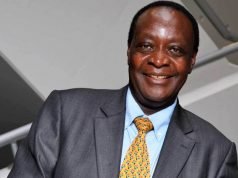 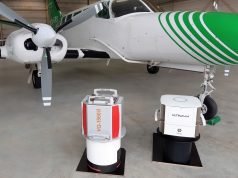