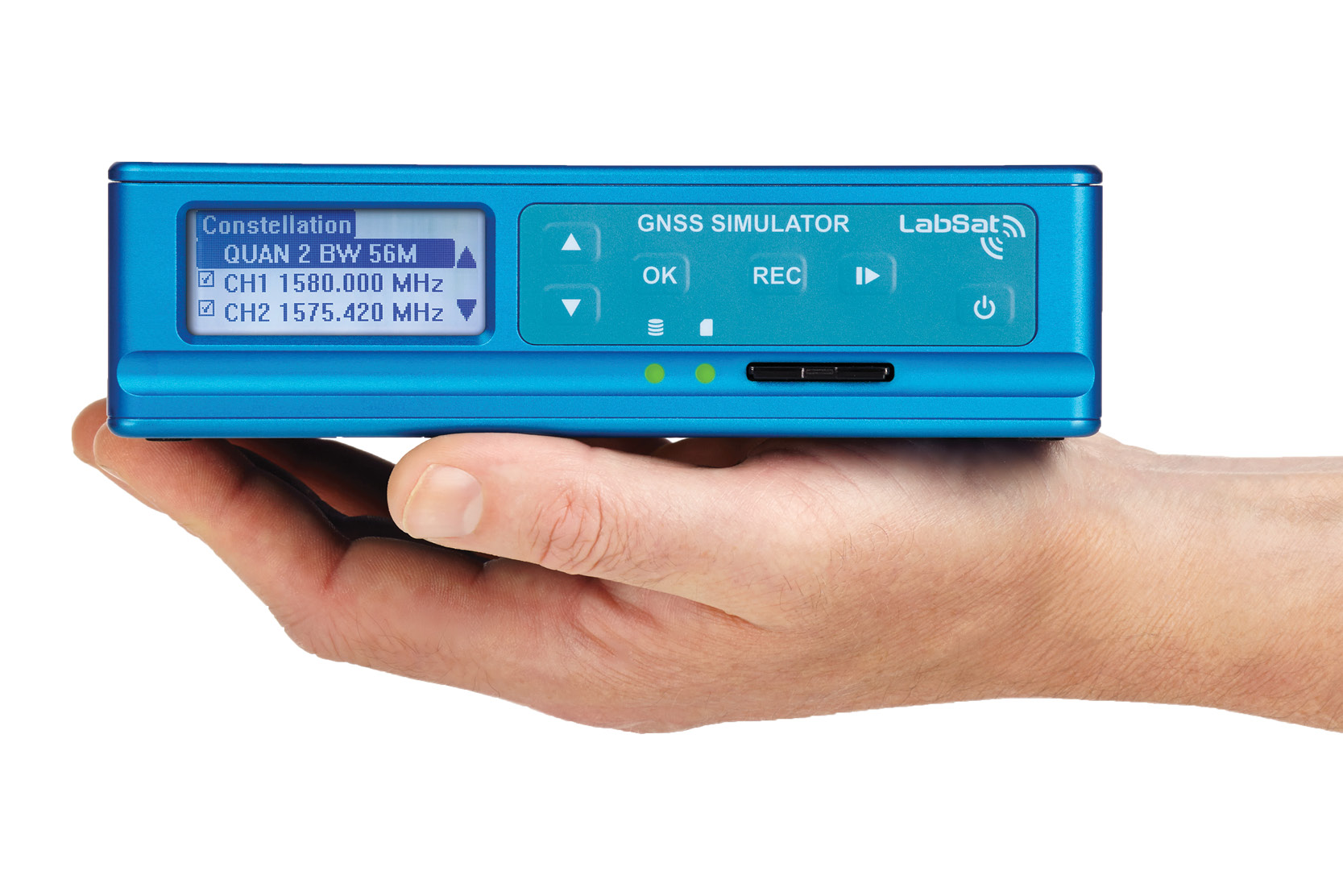 The explosion in use of GPS in both high technology applications and consumer electronics since Selective Availability was removed by the Clinton administration in 2000 naturally led to testing requirements for a host of new products. Until LabSat arrived there were only two alternatives: field testing and laboratory simulation.

Traditional simulators which emulate satellite signals had been regarded as a luxury; LabSat’s ability to record and replay ‘live-sky’ signals in a laboratory environment made GPS testing much more accessible and affordable. Chip and cell phone manufacturers are increasingly placing a LabSat on each of their developer’s desks, with the one button start/stop functionality enabling developers to concentrate on the test results rather than managing the simulator.

The reproduction of GPS signals allows for such parameters as receiver sensitivity, signal acquisition and firmware consistency to be developed and then tested in the laboratory. The prime benefit is convenience, but this isn’t the only argument for using a GPS record and replay device: consistency and repeatability are vital. By enabling engineers to test using a difficult reception environment or recreate signal anomalies time and again, it allows them to understand and correct potential product pitfalls before release. Thereby providing an easier, quicker and more cost-effective method of validating the performance of satellite receiver chipsets.

As the number of satellite constellations continue to grow and the number of frequencies transmitted by each satellite increase (e.g. GPS L1, L2, L5), there is a requirement to ensure that the growing number of multi frequency, multi-constellation chipsets now coming to market are comprehensively validated before release. 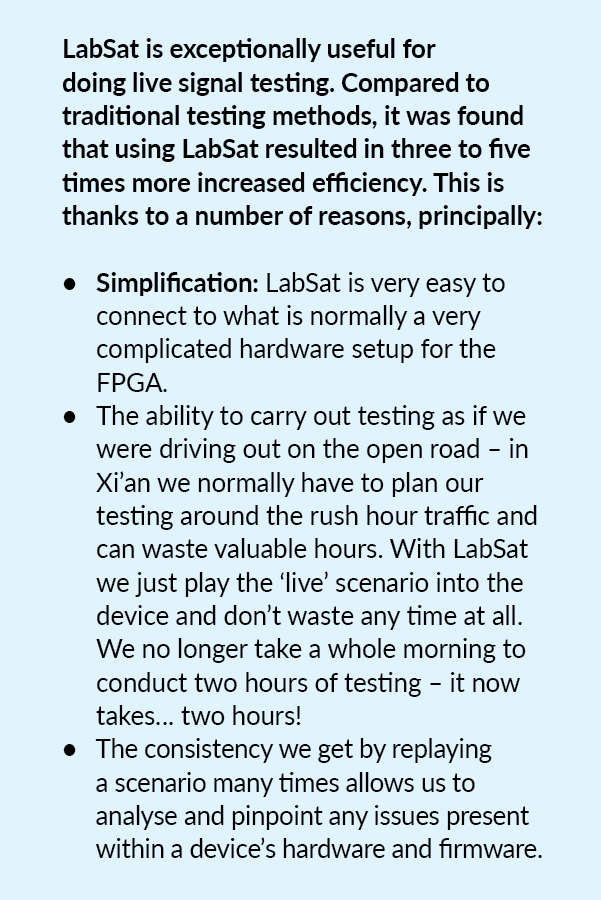 To provide a consistent and cost-effective method of testing devices with multi-frequency, GNSS capabilities, Racelogic have developed the LabSat 3 Wideband. With three channels, a bandwidth of up to 56MHz and 6-bit sampling (3-bit I & 3-bit Q), LabSat 3 Wideband can handle almost any combination of constellation and signal that exists today, with plenty of spare capacity for future planned signals.

LabSat is found in use the world over in a vast array of applications, from sports performance measurement to rocket science.

Huaxun Technology Company is a GNSS chipset and device manufacturer based in Xi’an, north-western China. They design, develop and assemble a range of products for GNSS applications as well as their own navigation and transport recording systems and have been at the forefront of GNSS receiver production in China for many years. 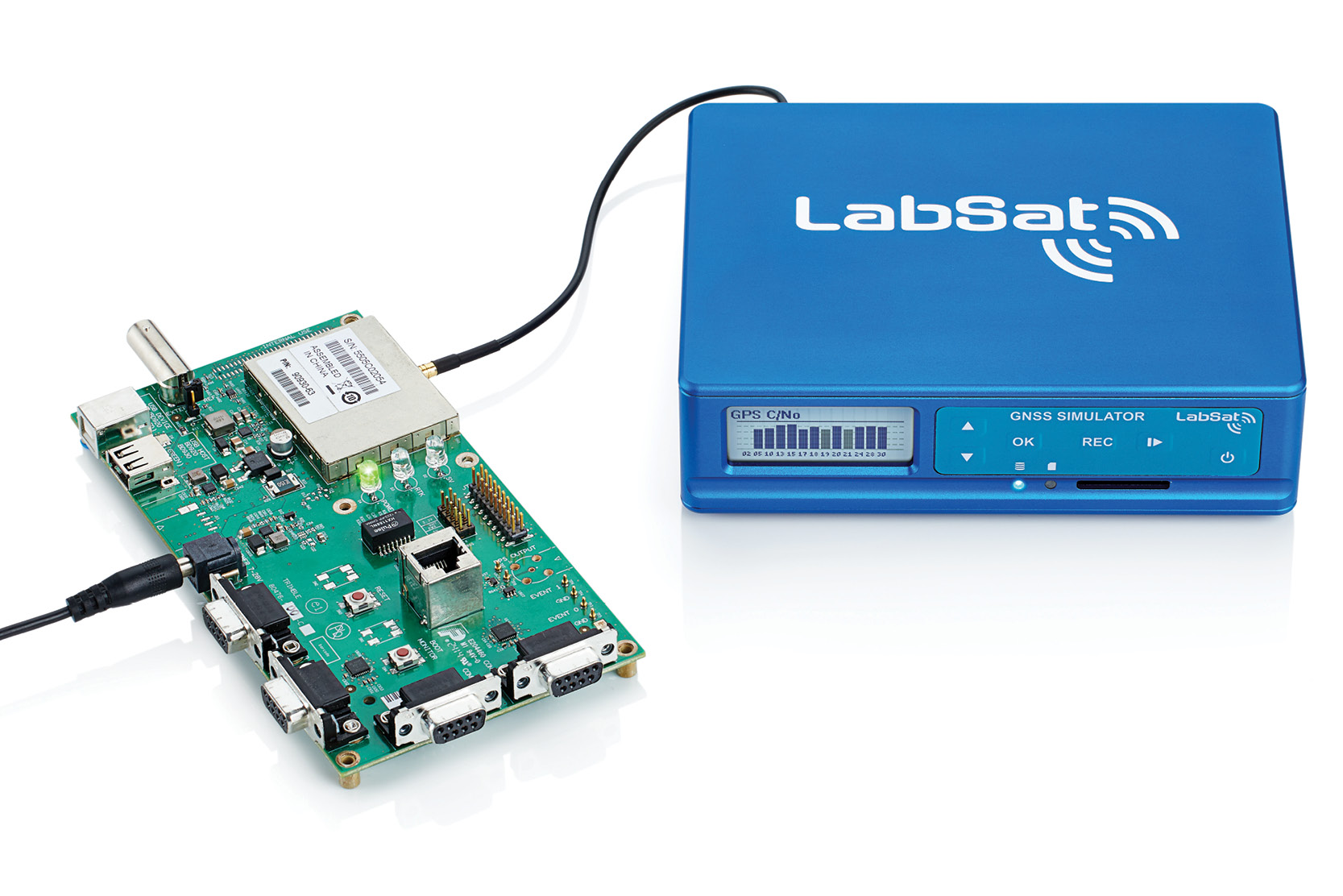 A GNSS simulator is a vital element in their test and development programmes, and Huaxun have two double-constellation record and replay LabSat 3’s which they use within several key areas.

“Before we can complete chip tapeout (the signoff for a new circuit board) we need to test hardware logic and software systems on the FPGA and we do this in two ways: in the lab, and live.