Abstract
Public health management needs information on various aspects like the prevalence of diseases, facilities that are available in order to take decisions on either creating infrastructure facilities or for taking immediate action to handle the situation and so on. These decisions need to be taken based on the observations made and available data. As the data relates to Public health covering the whole state and the entire population the data is voluminous, and hence it is extremely difficult to understand the real content. The data needs to be presented in a way that the temporal and spatial nature of the problem can be brought out in a focussed way. Spatial variations in health related data is well known, and its study is a fundamental aspect of epidemiology. Most epidemiological data have a location and time reference. Advanced spatial analysis includes the combination of different data layers. Health authorities, for example, may be interested in the estimates of the number of children in a certain age group that may be exposed to malaria. Climatic and topographic data can be used to determine the range of malaria mosquitoes. This range is unlikely to follow the panchayat union boundaries, but in GIS the two data layers can still be combined to derive the number of children living within the affected areas in a particular panchayat union. In short, the availability of statistical and other information in spatially referenced form and the functions provided by a GIS could allow analyses that were previously too expensive or impossible to perform. Geographic Information System (GIS) is an innovative technology, ideal for generating data suitable for analysis both with respect to space and time.

Introduction
GIS is an integration of computer hardware , software and geographically referenced data. The purpose of using GIS is that maps provide an added dimension to data analysis, which helps in visualizing the complex patterns and relationships. Relationships among neighbouring areas are explicit in maps which allows for the visualization of spatial patterns.

A few typical questions that can be answered by GIS are:

In short, GIS for Public Health , could be a useful decision support tool in formulating health schemes in a more realistic and need based manner. Even though GIS can be developed for the entire State encompassing all the characteristics of health system, in order to demonstrate GIS as a tool for decision making only small area has been chosen for presentation with only a few components of Health System. GIS Overview
The GIS is a powerful tool for handling spatial data. In the GIS, data is maintained in a digital format. As such the data is in a form more physically compact than that of paper-maps, tabulation, or other conventional formats of presenting information. Large quantities of data can also be maintained and retrieved at greater speeds and at lower cost per unit, when the computer based system is used. The ability to manipulate, integrate and analyse the spatial data and its corresponding attributes at high speed is unmatched by any manual methods.

The spatial analysis capabilities of the computer-based GIS distinguishes it from related graphics oriented systems like computer-aided design and drafting. The analysis of complex, multi-spatial and non-spatial data sets in an integrated manner, which forms a major part of the GIS enables georeferenced information to be created and used in a completely different context than before.GIS technology and GIS facility can change the objectives that an organization can attain, but it is the organization that must define what those objectives should be. The Health model encompasses the GIS technology, with capabilities to assist the users in spatial planning. GIS Models and Integration
Two approaches or models have been widely used for achieving the linkage between the spatial and attribute information using GIS, namely, the cartography map model and the geo-relational model (Aronson 1987; Healey 1991). In the cartographic map model, information integration proceeds by combining attribute values for cells that lie above or below one another in a stack of superposed layers. The gridcell model is a relatively simple approach to data integration both conceptually and operationally and it has been popular since the earliest days of GIS development.

In the geo-relational model, spatial entities are usually linked with their associated attribute data by means of a common spatial key. Different sets of attribute information are stored in different attribute tables and the relevant information for a given set of spatial feature is accumulated by relating ( or joining) two or more tables of information.

Objective
The main objective of the study is Creation of a GIS based Decision Support Tool for Public Health Management.

The following Components are analysed to achieve the objective 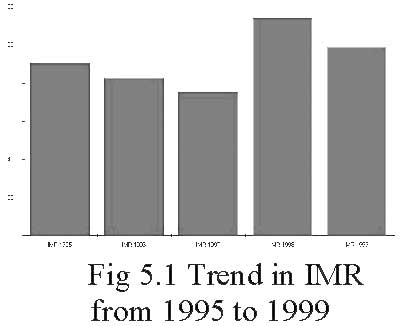 AREA Study Area
In Salem district (Tamilnadu), Attur, Konganapuram, Omalur and Veerapandi blocks (panchayat union) have been taken for the pilot study. The source for digital database is from the project “Panchayat Resources Information System” a project funded by Tamilnadu State Planning Commission, Conceptualized at IRS and Commissioned at DRDA, Salem.

Methodology
The project has been organised on ArcView GIS 3.1 and MS Access Software. The Data were collected from the Department of Public Health. The user is provided with menu to see the organised informations and an interactive query shell is provided to the user, to query the system for making better decisions. The strong point of the system is to view the spatial display of tabular data which depicts the ground reality. The System can be strengthened if the database is periodically updated and maintained effectively. The schematic diagram Fig 1.1 shows the various aspects that are characterised in the GIS model developed. User Interface and query shell
Shared, complete and accurate data are essential in building information systems. It is recognized as one of the most difficult tasks in organizing the database for efficient system development. The user interacts with the main menu fig 2.1. to view the organised informations. Provisions have been made for the user to issue his queries based on his criterion. The GUI of the system proves to be a friendly interface for spatial and aspatial information retrieval, which supports users with minimal computer knowledge for access of spatial information. The systems’ ability to display tabular data spatially on the theme, is of prime importance to planners in making structured decisions based on the geography of the area. Identification of villages lacking health amenities can be easily done with the support of the queryshell Fig 6.2. Charting feature is also provided in the system to view the results graphically.

Sample outputs of the study
There are about 110 diseases / symptoms/ deficiencies in the database The user can select any diseases / symptoms/ deficiencies from the database and can view which block has more density. In Fig 3.1 conjunctivitis is chosen, Konganapuram block is the dominant block out of the four blocks. Likewise using the overlay concept of GIS, Infant Mortality Rates are Overlayed with Female Literacy rates as shown in Fig 4.1. Using the charting features, charts have been prepared for IMR time series data of Konganapuram block and Comparison of IMR of Konganapuram Block with Salem District, Tamil Nadu, Neighbouring States and India has been shown in

Fig 5.1 & 5.2. respectively. Dominant diseases / symptoms / deficiency can also be seen for each block .

Vital Rates are computed per 1000, the figure below indicates that, Konganapuram Block is dominant in Infant Mortality rate and Female Literacy level is low.