Abstract
The global role of wetlands as animal habitats and protection against greenhouse gas emissions is vital and varied. Wetlands contribution to global warming through the emission of methane is unclear, and requires that we clarify wetland distribution to determine regional amounts of methane gas emission. We made wetlands maps of Kanto, Japan, using satellite data and numeric land information on rice and lotus paddies and natural marshlands along rivers, and roughly estimated methane gas emission based on these maps and a digital soil map.

2.Material and Methods
The area in studies was eastern Japan’s kanto plain, where wetlands maps were made based on satellite data and numeric land information issued by Japanese National land Agency. Landsat TM data from spring and summer 1987 were used. Images were classified after geographic correction and extraction and the land cover divided to construct maps of rice and lotus paddies and natural marshlands along rivers. Paddy distribution was extracted from a land use dataset of numeric land information to make maps of rice paddies. A soil map of the same region was based on a soil dataset. The geographic information database integrating these maps is basic for understanding greenhouse gas generation and absorption. We studied methane gas generation for each rice paddy soil type (Japan Soil Association, 1996) to be integrated into the database, and the regional amount of methane emission from rice paddies estimated. 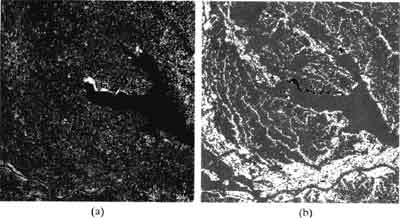 Fig. 1 A paddy map based on satellite data.
(a) Original Landsat TM image
(b) Distribution of lotus paddy (black) and rice paddy (white) Fig.2 A marshand map based on satellite data.
(a) Original Landsat TM image
(b) Distribution of lotus paddy (black) and rice paddy (white)