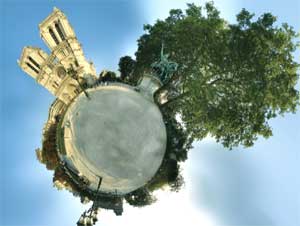 The Oxford Dictionary defines energy as: "force, vigour, capacity for activity; the capacity of matter or radiation to do work; the means of doing work as provided by the utilisation of physical or chemical resources (nuclear) [from Greek energeia]" Since the discovery of fire, there has been an endless search for sources of energy. From fire wood, man graduated to coal and then to oil, the 'black gold'. Many wars have been fought over oil, the strategic energy source to this day.

Industrial revolution, perennial yearning for 'progress' and a better quality of life increased the demand for energy. Locomotion on land, sea and in the air further increased the demand and mankind was lulled into the belief that all energy sources are perennial. It soon became clear that this is a myth. The demand for energy in the 'developed' world, the major exploiter of non-renewable energy sources, which were mainly located in the developing countries, initiated the search for viable, renewable energy sources. This compulsion, rather than the realisation that conventional energy sources are polluting, spurred the early initiatives.

The spectre of global warming and the resulting climate change on account of excessive use of conventional energy sources: coal and oil, was initially disregarded as science fiction and the creation of the 'Green Lobby'. More importantly, this was not an agenda on which politicians could win elections on. In fact, this astute 'community' was clear that for the vast majority of the electorate who were used to their comfortable 'modern' lifestyle, any discussions on energy austerity would be unacceptable. In fact some 'scientists' working on public funding went to a great extent to disprove the concept of global warming.

Soon, the signs of climate change became a common knowledge. The UN took the initiative through the establishment of the IPC and then the UNFCCC .The Kyoto Protocol came into existence. While Europe supported the protocol, the US, under President Bush, chose to distance itself from the energy discipline / the 'greening' measures which it called for, apprehensive of public disapproval.

Under the protocol, 'carbon' became a tradable commodity. Like the church and other religious institutions which make provisions for its followers to 'wash off their sins', the protocol provided for the implementation of Clean Development Mechanism (CDM). The developed world , realising their inability to cut down their carbon emissions within the time frame mandated under the protocol, were quick to grasp the opportunity to fund CDM projects in the developing world.

According to CDM India ( www.cdmindia. com), along with PR China and Brazil, India ranks one of the largest suppliers of CDM credits worldwide. Out of the 408 CDM projects registered by the CDM Executive Board of the UN, 122 projects are located in India. Measured by the number of registered projects, the subcontinent ranks No.1, well ahead of Brazil (76), Mexico (54) and the PR China (32).

While these statistics are heartening, the nagging thought is, are we doing enough? Possibly not. This becomes clear when we study the election manifestos of political parties involved in one of the biggest democracies of the world. Till such time the political parties include measures to counter climate change in their agenda and are held accountable for the same, we would not be able to adopt the 'mantra: think global, act local' in the war against the biggest threat to mankind today.