1. Introduction
Temperature is such an essential factor in understanding all biological, physical, and chemical systems on Earth and in space that we can safely say that is must be considered in any study involving earth sciences. Thermal infrared remote sensing provides a unique tool for estimating LST in large areas. However, the applicability of remote sensing data in quantitative based studies is limited by the accuracy that can be achieved with such measurements. Atmosphere and the emissivity correction are two basic problems related to the accurate measurements of surface temperature from space. Atmospheric effects can be eliminated using two simultaneous measurements at different wavelengths inside the atmospheric window 10.5-12.5mm. This technique is called Split-Window and has been successfully applied for sea surface measurements with AVHRR channels 4 (i.e. 10.3-11.3mm) and 5 (i.e. 11.5-12.5mm) (McClain et al., 1985). This method can be also applied for LST retrieval provided that emissivity effects are accounted for. Various split-window algorithms have been exhibited that differ in both their form and the calculation of their coefficients. The most common form of split-window algorithms is
Ts=T4 +A (T4-T5)-B (1)
where Ts is land surface temperature, T4 and T5 are brightness temperatures in AVHHRR channels 4 and 5, A and B are coefficients in relation to atmospheric effects, viewing angle and ground emissivity. The derivation of many algorithms for SST is based on the assumption that the ground surface acts as a black body with constant e close to 1. However, the Earth’s surface is not a blackbody, which means that its emissivity is less than 1 and is function of the waveband width, vegetation covers, soil moisture, surface roughness, etc.

Iran is a big country with high diversity in land cover. The great difference in land cover and type and accordingly presence of different emissivity values makes the LST algorithm or model development more complicated. An emissivity-box (Cihlar et al., 1997) or a radiometer to determine ground emissivity was not available in this study. Therefore, surface type, NDVI, geological and classification maps have been used and relevant emissivity values for each land cover have been selected from available lists of emissivities in the literature. 2. Data Description
AVHRR images of NOAA-14 of Iran that cover approximately 40.16 to 24.80 latitudes and 43.41 to 63.89 longitudes have been used in this study (Table 1). The daily temperature at 5 cm subsurface measured at ground meteorological stations, by Islamic Republic of Iran Meteorological Organization (IRIMO) corresponding to images have been used as reference data. A plot of distribution of the stations is shown in Figure 1. The images were geometrically corrected using ground control points. Then they were radiometrically enhanced using histogram modifications. Since the time of ground data did not match exactly with the time of images, they have been made simultaneous by linear interpolating.
OrbitDate/MonthGMT 174815/2210:38 174955/2310:38 175235/2510:16 176085/3110:50 176226/110:39 177076/711:13 177496/1010:40 177636/1110:29 177776/1210:18 178486/1711:03 179046/2110:19 179186/2210:09

Figure 1: Distribution of meteorological stations
3. Emissivity determination
Lack of knowledge of emissivity introduces an LST error to temperature maps. Most methods for LST estimation assume the emissivity is known and has a constant value. But actually, emissivity in most cases is dynamic and has to be determined in the time of LST calculations. Land Surface Emissivity (LSE) affects satellite measurements in three ways (Prata, 1993):

A number of techniques for estimating emissivity from satellite sensor data have been developed in other studies. Most of them required ground measurements and radiosound data. Since such data were not available in this study, the emissivity values from other studies (Nerry et al. 1990, Wan and Dozier 1989, Label and Stoll 1991, Humes et al. 1994, and others) have been used for different types of land cover where required. However, in order to prepare emissivity database for the whole country, a complementary approach using three types of data have been used. These are: Figure 2: Geological map of Iran
In general, the effective emissivity of a pixel should be estimated by summing up the contributions from its surface type. Van de Griend and Owe (1993) found a high correlation between measured e and ndvi. The following equation describes the relation between measured e and ndvi:
e = a+b*ln (ndvi) (3)
where a=1.0094 and b=0.047 were derived from regression analysis for ndvi values from 0.2 to 0.7. Therefore using AVHRR data, for vegetation cover areas in Iran, a vegetation map has been constructed from ndvi values first and then emissivity values are calculated for those pixels containing ndvi values greater than 0.2 and smaller than 0.7. The emissivity values extracted for these areas are around 0.93 and 0.99 respectively. 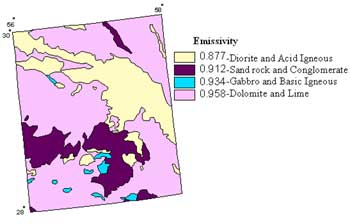 Figure 3: Emissivity map has been extracted from geological map
There are other land cover types that were not possible to be identified using ndvi and geological maps. These include areas having ndvi values greater than 0.7, seasonal lakes, bedrocks, sandy bare soils and loamy bare soils. In order to find these classes, land cover classification was performed on AVHRR data. The emissivity values for ndvi (greater than 0.7), seasonal lakes, bed rocks, sandy bare soils and loamy bare soils are 0.989, 0.97, 0.959, 0.93 and 0.914 respectively. The emissivity values have been extracted from tables presented in Label and Stoll (1991), and Humes et al. (1994) .The extend of each one of the five classes have not been considered constant, as they are extracted dynamically, and the emissivity values are assigned for each type when the LST map is being produced. Therefore, emissivity values of around 40% of land have been determined dynamically from ndvi and classification maps. 4. Modeling
Various climate conditions are present at the same time in one season in different places in Iran. Therefore, determination of exact coefficient for LST algorithm for the whole country requires more ground observations in different seasons. These observations were collected. Since deserts in Iran have almost similar climate conditions, they have been selected to deal with separately. Boundaries of deserts are shown in Figure 4. 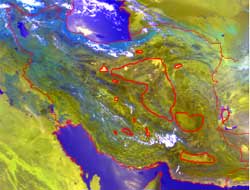 Figure 6. Comparison of Observations and LST

Acknowledgment
The authors would like to acknowledge Islamic Republic of Iran Meteorological Organization (IRIMO) for providing meteorological data and also fruitful suggestions and help from Mrs.Mehdizadeh of Organization of Geological Survey of Iran.