In July 2004, Steve Coast, a student from the University College of London, decided that the maps available from the 'authoritative source' viz, the Ordnance Survey were too expensive, difficult to get, not editable and held geolocation information back. He established a website openstreetmap.org and explained his philosophy at the EuroFOO conference in August 2004. In short, the philosophy was to have common citizens collect data and share it over a website that would be freely accessible to other citizens. According to Tim Berners Lee, "OpenStreetMap is all about people doing their bit, creating an incredible resource for everybody else."

What Steve did was what every student loves to do – challenge the authority, especially one that is unreasonably restrictive. What happened next is something fantastic. The followers of OSM grew from a few thousand to hundreds of thousands and the maps grew from just the UK to cover nearly the whole world. Haiti relief efforts used OSM maps and many LBS providers turn to OSM for the latest updates. This is the basis of what is referred to as user generated content, UGC or volunteered geographic information (VGI). Steve joined Microsoft in 2010 as Principal Architect of Bing Mobile and this perhaps indicates that what started as an act of rebellion has turned into a recognised activity and is turning into a commercial reality.

This display of the power of citizens to work together for a geographic cause is something that has upset the staid entities that fall under the rubric of national mapping organisations (NMOs). Strong attempts are being made to include VGI into authoritative information. NMOs are wrestling with accuracy and reliability versus the need for speed in data acquisition and delivery. Standards are evolving to address many of these issues but regulatory issues remain. Will the data remain free after it is assimilated into authoritative collections in the public and private domains? Will the data be free of unreasonable restrictions of access and use?

We don't know yet but what we do know is that geospatial world is undergoing a revolution – perhaps unintended – where citizens are finding new ways of doing old things as well as new applications using the technology that has become accessible to them. This revolution is shaking the foundation of geospatial data acquisition, applications and dissemination of information. Business opportunities abound for established firms as well as for new start-ups. Governments need to harness this power for good governance. The slow moving world of law has to learn to adjust and adapt to these new developments. Will citizen power prevail? I think it will because they have woken up to the fact that geographical information is the leitmotif of human existence and therefore they are the main stakeholders. 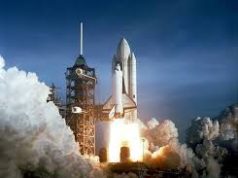 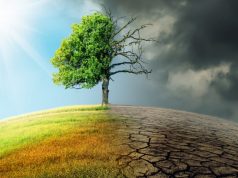 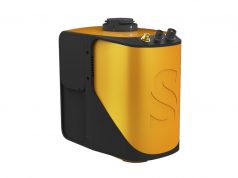