Abstract
According to a study conducted in 2006 by geospatial media agency in association with Antrix Corporation, the GIS market (domestic and export) is expected to grow from USD 209 million in 1995 to USD 613 million by 2010 at a CAGR of 14.5%. Further it has been estimated that the domestic market in India amounts to about USD 122 million in the year 2005 and is expected to reach USD 396 million by 2010, at a CAGR of 17.57%. These figures present a really bright picture of the GIS Industry in India. As per an article by Chirasrota Jena (Business Finder: extending GIS, www.expresscomputeronline.com, December 11, 2006) the awareness level about the Geomatics in India is relatively low, although many government and semi-government agencies and some corporates have started realising the power of this technology.

The study
The growth of this Industry in India is directly linked to the quality and quantity of personnel being trained and educated in the field of Geo-Informatics.

In this article we have made an attempt to analyse the quality of training of the participants, their employment opportunities, how they are placed, how do they look at the overall GIS Industry and do they see any future prospect?

The Analysis and Results
We analysed the data of all the participants of the GIS Institute from January 2004 till December 2006. The participants were asked different questions regarding their educational background, geomatics study, work experience, salary, growth and satisfaction level. Participants contituted 227 former students from GIS Institute and their geographical spread is shown in the Fig-1. Although the coverage is across the country, it can be seen that most of the participants attending course at the GIS Institute are from the National Capital Region (NCR) of India. This is a locational phenomenon as the institute is located in NCR. Region-wise analysis of all the participants showed that almost 60% of them were from the northern region, whereas west and south contributed only 9% each towards (Figure-2).

Amongst all the participants 66% were postgraduate when they opted for the training, where as they were equally divided under graduate and postgraduate diploma (Figure-3). There were no participant undergoing GIS training after completing school level education. This might be because there does not exist good career opportunities just after leaving school (class 10), and one should have at least graduate level of education, before looking at a career option in Geo-Informatics. 75% of the participants were satisfied with the quality of education whereas 25% were not. 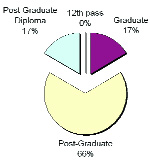 Fig. 3 Distribution of participants based upon their