In this issue, we emphasise on Geographical Databases or GeoDatabases as they are otherwise called. Geographical data which forms the major part of any GIS project, needs to be managed for delivering effective solutions and in todays world where ‘Management’ is the ‘Mantra’ to success, Geodata management has quickly evolved as a separate entity in GI science.

‘Geospatial data are the fuel that will drive an estimated $64 billion (US) world market..’ as stated by Mudit Mathur, aptly conveys the importance attached to the backstage player in any GIS. Much of the significant research on Geographic Databases has been done in late 90’s. Also with the changes in the technologies being rapid, the data updating and version support issues arise. Many Companies currently use geodatabase concept, though most used to have their own structure for handling the data. The power of Geodatabase is still under-explored, and more so in modelling non-tangible ideas like ‘urban societal structure, according to Simon Yanuar of NUS. The efforts of standardising organisations like the OGC will go a long way in bringing about a ‘technical harmony’ among the world’s users of geodatabases. It will speedup the process of converting Geodata into GeoKnowledge… With the Geodatabase coming into mainstay of research communities, there is a definite need for the users to understand these concepts and use the Geodatabases for their own domain.

Sharing his vision on the Geo-Web, Ron Lake feels that encouraging the growth of local SDI’s will help the concept of Geo-Web evolve and fructify faster. SDI’s should enable the sharing of real time or near real time geospatial information and converting it to geo-knowledge.

Till now any visitor to the city of Dubai has but one woe – the traffic jams. I now look forward to innovative solutions and alternatives such as the Metro, water transport,multi-modal travel ticketing, etc. We may enjoy a sea of change with the city implementing a GIS-based car navigation system called ‘Dalilli’. Uncongested roads, on time arrival at your destination – all in all this system should deliver every road travellers dreams. 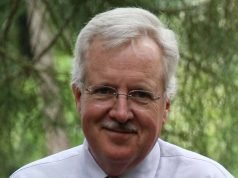