NASA is trying to get the level of funding for earth science back to its historic level even as its focus on human space flights and deep space missions continues unabated, says NASA Administrator Charles F. Bolden

You have been the administrator of NASA for almost seven years now. What would you call your biggest achievements?

I don’t think about biggest achievements. I am very happy with where the agency is and the things that we have accomplished, whether it is landing the Curiosity Rover on Mars or a close fly by Pluto for the first time ever. This completed the accomplishment that no other nation has achieved, which is to actually fly to or around or by every single planet in the solar system. The NASA spacecraft Dawn also visited the two largest asteroids in our solar system — Ceres and Vesta – which was pretty unique. I am also very happy about where we are with aeronautics, which is an area that people don’t normally hear NASA talk about. It is working with our industry and commercial aviation companies and academia to produce cleaner, more efficient and faster aircraft.

Now coming back to this conference [10th SPIE Asia Pacific Remote Sensing Symposium], this is an opportunity to really focus on our Earth, what I call ‘the most important planet’, and to spend a lot of time with our partners trying to figure out what we can do to arrest the changing climate.

Remote sensing figures at the top in NASA’s 2017 budget demands. Could you elaborate on this?

Do you mean the focus in the last few years had been more towards space missions and less towards earth science?

I wouldn’t say it’s more, but the balance was much more toward human space flight endeavors, constellation programs, and phasing out shuttles. We had major programs going on simultaneously — the shuttles, International Space Station [ISS], constellations — and that took a lot of the funds that normally would have been spread across the agency in a little bit more balanced way. We are restoring the balance that we feel is adequate. We have a robust human space flight program because we now are relying on our industrial partners to provide routine transportation to and from space to low earth orbit. We have Orbital ATK and SpaceX providing cargo transportation, and in a couple of years we will add a third company called Sierra Nevada. And then in human space flight we are going to have Boeing and SpaceX provide two crew vehicles so that we no longer have to rely on the Russians. Boeing has the Starliner CST 100, and SpaceX has the Crew Dragon. So, we are going to fly the initial test flights on those and certification beginning next year. In two years we hope to be flying from American soil again with our astronauts and astronauts from our partner nations.

With climate change in focus, there has been a lot of focus on how satellites and earth science can save the planet…

There is no better platform to observe our planet than space. And in order to do so you need a satellite that allows you to put various instruments on board so that you can do remote sensing to collect what we call geospatial data. Whether it is looking at weather or whether it is looking at the changes in the land, forests, oceans… all that is all considered to be data in the geospatial realm.

The big thing is to help people understand how we can’t understand our planet, we can’t tackle the challenge of changing climate or environmental changes and we can’t deal with natural disasters if we don’t have the vantage point of space to observer. That gives us an opportunity for repeated visits over the same area of the globe if we want. We can get three looks everyday at a particular area that maybe in crisis because of a flood or hurricane or typhoon or monsoons. Nowadays, we are good enough with meteorology and the meteorological satellites and the weather-man can actually forecast floods. For instance, thanks to some of the international satellites, the Bangladeshi government was able to evacuate people along the river last year and save thousands of lives.

Talking of international collaboration, what are some of the major programs where NASA is collaborating with other agencies?

There are about 120 nations with whom we have formal agreements and the partnerships are anywhere from something as basic as STEM [Science, Technology, Engineering and Mathematics] education to something as elaborate as astrophysics and the ISS, which is human space flight. There have been about 80 countries that have actually participated on the ISS. The thing I love about the ISS is that it is a conglomerate of five agencies from around the world — the Russian Space Agency, NASA representing America, the JAXA representing Japan, the Canadian Space Agency, and the European Space Agency. That is an incredible venture considering we are now on our 16th year and there has not been a second when there haven’t been human beings living and working on the ISS. We are about to stretch the number of people that we have on-board when we get our own American-built vehicles because we will be able to send in extra crew members. Thus we will get more productivity, more utilization out of the ISS. It is exciting, the international partnerships that we have.

NASA has really critical partnerships when you look at our exploration programs. The Orion spacecraft is going to be used to take our crews to Mars. The service module, which is the power and propulsion part of the Orion spacecraft, is being built by our European partners. It is actually being built in Turin, Italy, and then will be shipped to the United States for integration into the rest of the stack.

NASA has had a strong partnership with ISRO for a number of years. And that partnership is increasing both in its seriousness and in intensity. We are very proud about helping ISRO in its successful flight of Mars Orbiter Mission [MOM], and helping India become the first nation ever to reach Mars successfully on their first attempt. That’s not a small feat and we played a critical role in helping to do that. We provide the deep space communications, navigation and every once in a while, like right now, we compare the data coming from the MOM mission with data that’s coming from our MAVEN [The Mars Atmosphere and Volatile Evolution] mission, both of which entered orbit around Mars within days of each other.

Right now, we are looking at producing an all-band radar program that enables us to see Earth shifting. This joint mission, called the NASA ISRO Synthetic Aperture Radar [NISAR], will help us understand earthquakes. It will be launched sometime in 2020 or 2021.

Do you think governments should be encouraged to take up the spatial technologies and data in their work processes and governance?

Governments’ role is to blaze the trail, to do the things that private entities or academia cannot do. We try to develop instruments that have not been developed before, that people have thought about but nobody wanted to make the investment because of the risks involved. That is what government should do.

Could you share more details about the next-generation Hubble telescope ?

That’s the James Webb space telescope. James Webb actually is from a totally different area of science portfolio than the remote sensing we are talking about. James Webb is sort of a cross between a planetary science mission and an astrophysics mission. It is more astrophysics than anything because James Webb is going to allow us to see a 100 times better and farther than the Hubble Space Telescope. If you remember Hubble revolutionized our understanding of the universe. James Webb is going to allow us to look into the atmospheres of some of these planets that we have discovered recently. We call these ‘exoplanets’; planets orbiting other suns in other galaxies many thousands of light years away. James Webb has the ability to look into those galaxies and into the atmospheres of some of those planets. That is what is so spectacular about it.

We are scheduled for launch in October 2018. James Webb is a partnership among the US, Canada, and the European Space Agency [ESA]. We are actually going to launch on an ESA spacecraft out of Kourou in South America. 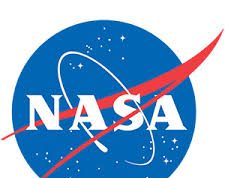