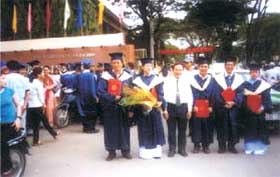 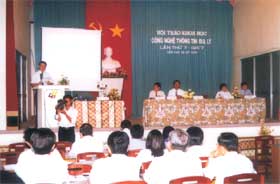 The DITAGIS Center was founded as the Center for Developing Information Technology and Geographic Information Systems (GIS) by Vietnam Ministry of Education and Training in 1994. Located at Hochiminh City the DITAGIS Center is now a part of the University of Technology, Vietnam National University. The early mission of DITAGIS focused on converting existing data on paper maps into a format that would be compatible with a computer. Most of data was used for the first project ‘DONAGIS’ — to develop the Geographic Information System for Dong Nai province. DITAGIS recognized the importance of GIS and started to introduce it to several agencies in Vietnam since 1994.

1995: DITAGIS held its first GIS Conference — the GIS.1 – which was attended by variety of professionals at the University of Technology, Hochiminh City. The conference has now grown to become the largest annual GIS event in Vietnam.

2000: DITAGIS was the first GIS center in Vietnam to introduce the provincial GIS model. The model was applied to Dong Nai province, based on the project DONAGIS.