Taiwan is a high magnitude earthquakes prone country as it is located in Circum-Pacific seismic zone. Hence, urban planning and disaster prevention planning are more important than any other issues in the country. For urban planners, one of the major tasks is to plan shelter range and they completed a pilot project for Zhubei city, an important city in Taiwan in technology developing, to get buffer results of shelter ranges with diverse considerations via GIS.

With SuperGIS Desktop 3, urban planners not only built the spatial data of urban disaster prevention but also planned and analysed the temporary shelter range. The analysis results can be the essential information for comparing differences among diverse disaster prevention plans.

Goals
In order to tell discrepancies among shelters ranges which are planned with diverse considerations respectively, one location is buffered with various methods to build different shelter ranges. And the buffer results such as diagrams of shelter ranges, population of each blocks and ideal walkable range are compared. Then, via Geographic Information System, these results were overlaid to distinguish different shelter scales, implement concepts of disaster prevention area in urban and construct workable, efficient disaster prevention area system.

Applying parks and schools in Zhubei city as shelter locations, this project buffered and compared different shelter ranges via four methods which include conditions as “buffer with radius value as 600 meters”, “buffer with Facility Location Theory”, “buffer with the actual walkable distance”, or “buffer with the shelter which can be arrived at in five minutes”, and built spatial data through GIS synchronously. Thus, the disaster-prevention plans can be compared and contrasted with each other by overlaying the layers of temporary shelter buffer ranges.

Besides, according to buffer theory and research standard of spatial disaster prevention area, this project utilised spatial analysis to build spatial data through using aerial photographs, map of the city planning and methods of field investigation. Researchers overlaid these spatial data to get information of local disaster prevention and shelter locations that can be references for evaluating shelter ranges.

Results
Through analysis and statistic functions in GIS, this project utilised various spatial data processing tools and analyst such as network, buffer and overlaying, and cooperated with estimated value of population in each block to compare values of shelter ranges.

I. Building database for disaster prevention area
This project applied public facilities and schools as shelter locations, and cooperated with field investigation to build attribute data into GIS.

II. Overlay analysis
Overlay analysis is one of the most commonly-used spatial analyses in GIS. Different layers overlaid can be the references for researchers to make decisions. SuperGIS Desktop 3 provides the functions of intersection, union, etc to deal with spatial data and overlay polygons, points or polyline. Thus, the last stage of analysis is to overlay the layers which are built by the attribute database and shelter buffer ranges. 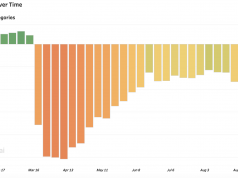