The Dubai Road and Transport Authority (RTA) announced the launch of ‘Dalili’- A Dynamic Integrated Navigation System (DINS), on June 8. With the introduction of’ DINS’, Dubai’s traffic shall become more organized. The system will aid drivers in avoiding congested roads and will enable them find fastest routes to their destination. Besides providing the turn-by-turn direction to the destination Dalili overlay it with real time traffic information.

Dalili is not a stand-alone project, but complements the ongoing road expansion works and RTA’s vision towards enhancing transport mobility. Together, the new roads and ‘Dalili’ will make an impact on the traffic flow and road safety in the city. It is expected to deliver results with the completion of the numerous ongoing road expansion projects in the Emirate.

Any car owner who has an in-built navigation system in his car can receive this information if he has a CD, with the original TMC (Traffic Messaging Channel) tables inside, this information can be published or popped up on the screen of the car like an icon informing of any incident, accident or traffic jams if it is enroute his journey or not. It gives color on the route, gives messages, which can be read. It assists the driver by providing alternate routes which are much faster and quicker by providing traffic related information in advance so that he avoids from getting into trouble or an accident on the road. 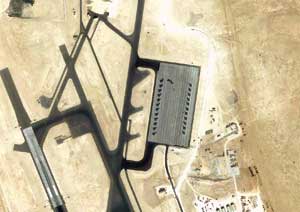 Besides providing the ever-changing traffic related information ‘Dalili’ is bundled with other navigational features as well. It has information about all Points Of Iinterests (POI’s) like restaurants, any business developments, navigation to various points of interest in Dubai (e.g. heritage sites / tourist areas / petrol stations / embassies / shopping arcades etc), it has the exact house numbering plus the road number where by simply entering a particular area, the phone number, the house number of that area, one can directly reach that particular house. It provides additional benefits to users such as comprehensive guidance on unfamiliar roads, especially for tourists, integration with intelligent parking facilities and so on.

‘Dalili’, which in English translates to ‘My Guide’, works through a simple screen based device, which can be installed in any car. On simply downloading the software, the user will be equipped with the traffic information anytime and anywhere in the city. It has been introduced to ensure viable means of commuting and safe transport and is expected to prove as a breakthrough for Dubai’s transportation infrastructure. It is an easy to install software and hardware package, which will benefit travelers from all realms, which include individuals, fleet operators, commercial vehicle operators as well as emergency vehicle operators. ‘Dalili’- Uses the support of the GPS to provide navigation data and TMC, which uses Radio Frequency to broadcast real time traffic update to drivers.

It is early to expect ‘Dalili’ to solve the congestion problem during the peak hours, as the system would require free flowing alternate routes to offer motorists a better option and alternate strategic routes are currently being planned and under construction. However, the system will still be a major help for motorists. A road could get congested even at midnight because of a simple accident or vehicle break down, and motorists find themselves stuck in a jam. Even the lifting of the bridges at night can mean a long detour for motorists who don’t have the information. The completion of ongoing road projects such as the new corridor which includes the fourth crossing (Ras Al Khor project) over Dubai Creek, and the two parallel roads, expansion of Shaikh Zayed Road and improvement of the Al Ittihad Road, Emirates Road and Bypass Road, will open up a number of alternate routes that will not be congested and will allow the system to offer better options. The completion of the ITS project of the authority in the next two to three months will add immensely to Dalili’s accuracy. The system picks up valuable information from the 500 sensors embedded at signals and junctions across the city. More such sensors are currently being installed for the ITS project and would increase the accuracy of the Dalili to a great extent.

The RTA is expecting 1,000 installations in the first couple of months, while by the end of the year the figure could exceed 5,000. So far some 40 devices have been dispatched to the five main distributors and five other outlets. The system installation takes two to three hours depending on the make of the car and whether it already includes the device. The popularity of Dalili will also have a bearing on the specifications of cars coming into Dubai, and it is likely that more and more makes will feature navigation devices and traffic messaging channel (TMC) as options.

Dynamic Navigation is provided only by the RTA and is not available with any other Navigation Systems provider in the UAE. The RTA is constantly coordinating with the Dubai police to make this system a success.

The Dubai police are using surveillance cameras to support the system at the same time. The data being referred by the RTA will be updated in cooperation with some international companies, which are the experts in the field of mapping to incorporate the new landmarks and establishments like malls, bridges, tunnels and so on. The Dalili base package would consist of – CD /DVD based computer processor from Siemens VDO- Dayton, Display Monitor in various sizes from Siemens VDO -Dayton, Remote Control from Siemens VDO- Dayton, Digital Navigation Map CD from RTA DALILI is being marketed by ‘Scientechnic’, an Easa Saleh Algurg Group Company and distributed by Al Sayegh Brothers Trading LLC. More details about the system can be sought at www.dalili.ae.

What is the coordination between the controlling system the Dubai police has and the RTA as they also have some surveillance cameras?

The idea of conveying the real time traffic information to the general public came after the successful implementation of the State-Of-Art centralized traffic control room termed as “SCOOT” which is operational by sensors and connected through different media to the Traffic Control Room. Sensors used to operate traffic movements at traffic signal controlled junctions gathers huge traffic related data especially their speeds, gaps, volumes, type, etc. and which in turn optimizes the green timing for the entire network.. We thought that we should publish this information and send it to the people, and use it for our system. There are some ordinary ways like SMS and websites. But then came the idea of ‘Dalili’, our dynamic integrated navigation system (DINS) tapping the information through radio channel broadcasting, called TMC, to the in-car navigation devices, which is without using antenna for that frequency.

We send this information automatically, through the system, analyze it and send it to people. Any person, who has the navigation system in his car or has any existing navigation system which has TMC enabled in it, can receive this information. If he has the original CD, with the original TMC tables inside then, this information can be published or popped up on the screen of the car like an icon of any incident, accident or traffic jams. It gives color on the route, gives messages, which can be read. One more thing that it can do is that it can dynamically change the routes, any navigation route. The information will change the route to avoid the driver from getting into a trouble or an accident on the road. The second thing about our navigation system ‘Dalili’ in car, is that it has all information about all points of interests like restaurants, any business developments, plus it has the exact house numbering plus the road number where one can just put a particular area, phone number, house number and it will take you directly to that home. This is only for Dubai. In addition to ‘Dalili’ in car, we have the ‘Dalili’ website. It can perform the same way as the car navigation system, giving traffic information, messaging. One can go to the website and check what the situation of the road is. It gives two things: the minimal time, when there is no traffic and gives the current time, which is the time for arriving.

This is the natural extension of the sensors that you had placed across Dubai, which had been providing information to the people about various traffic positions.

This has been in use since 1996, since a long time ago and it was used only for our traffic control systems for controlling the traffic on the junctions and the signals. We have traffic control system sensor, since 1996, that controls all traffic lights in Dubai. Now Dalili’s a part of a full intelligent traffic system in Dubai. It comprises full ITS, it has many parts. First of all we have ‘Dalili’, the navigation system; we have the variable message signs, which are starting to be placed in Dubai. It can pop up the message to the driver whose driving on the road. A live example is in the airport tunnel, which is of course a very small example of this, there will be more cameras, there will be smart cameras that can recognize if it is a car breakdown or it is an accident or a traffic jam. It automatically pops up on the screen and directs the operator about the location of the accident. It can convey the message, which will go or pop at all coordination centers.

What is the coordination between the controlling system the Dubai police has and the RTA as they also have some surveillance cameras?

They do have surveillance cameras. There is coordination between us; it is like a supporting coordination. If we intercept an accident we require their cooperation, their policemen on road and we also have the support of their operators who inform us about the accidents on the roads that we do not know of. For example if there is an accident on any road and we don’t have any cameras there, then they can just send out a message to us.

What about the data as there are a lot of issues of data currency and data updation?

Dalili map covers the whole UAE, while the traffic information covers Dubai only. The map is always being constantly updated. Within a couple of months one can see a new bridge, a new tunnel, malls. We have all these into our plan. We are in the process of updating our map now with coordination with some other international companies, which are experts in this field of mapping so that we can have updation in every six months

The product development that took place over here. Was it a kind of partnership or did you engage with some international company?

We designed and supervised the project but other consultants and contractors in Dubai and outside UAE completed the system with mapping and everything. Even marketing operation, distribution of Dalili systems is done by a contractor.

Later on when you have other GNSS and other satellite systems, you will be making use of Galileo or Glonass. Can you throw some light on that?

We are catching signals from ten satellites, previously it was only four, but for us four is enough. xyz and then you have the altitude as I said more satellites will be more accurate.