Abstract
A software package for ADEOS/OCTS and NOAD/HRPT Data Analysis (PaNDA/PANDA) has been developing by PaNDA committee consisted from Japanese scientists since 1989. The PaNDA and PANDA are a software package for NOAA/HRPT and ADEOS/OCTS respectively. The PaNDA and PANDA has been distributed to scientists as a freeware. Recently, we have additionally developed the program of the radiometric correction for ADEOS/OCTS data. In this paper, we introduce the radiometric correction algorithm adopted in PANDA software.

1. Introduction
Many commercial software packages for remote sensing are now available, but most of them are expensive for ordinary scientists. Also, few packages reveal the detailed processing algorithm and the source code. By the reason, some Japanese scientists started to develop the software for processing NOAA/HRPT data as a freeware. The package named a software the package named a software package of ADEOS/OCTS and NOAA/HRPT Data Analysis (PaNDA/PANDA). Recently, PaNDA committee decided to develop the software for ADESOS/OCTS data.

The Ocean Color and Temperature Scanner (OCTS) was develop by national space Agency of Japan (NASDA), and it was loaded on ADEOS satellite, and it was an optical radiometer of achieve highly sensitive spectral measurement with 12 bands covering visible and thermal infrared region.

The fact shows NASDA doesn’t always distributed all products required by Scientists. Therefore, a development of a software package is expected to process user specified products.

The algorithm was developed based on ADEOS Spacecraft Orbital Operations Handbook issue by NASDA.

2.1 Visible and Near Infrared
Band 1 to band 8 of OCTS data are VISIBLE AND NEAR INFRARED SPECTRAL BAND. The radiometric algorithm were shown in next flow.

Global attributes, Scan line attributes, Converted telemetry, Calibration and Sub-sampling table were used to process in correlation. The parameter of the table shows in the follwing.
#Tilt, total gain and offset, temperature of sensor and black body, amp of correlation coefficient, and so on.
Also, the radiance and temperature conversion was used that processing time is more faster than calculation to Plank function on program execution.

(2)Principals
The calculation method of gain parameter shows the next equation.

The calculation method of brightness shows the next equation 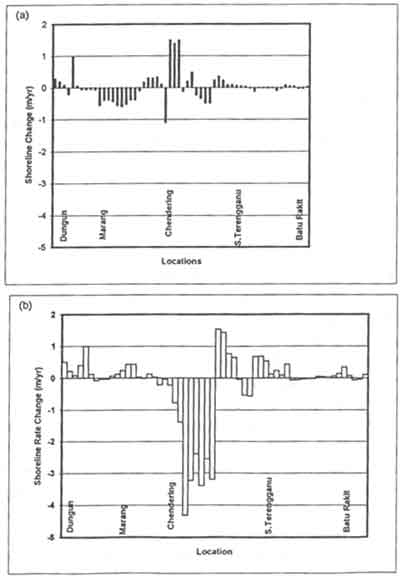 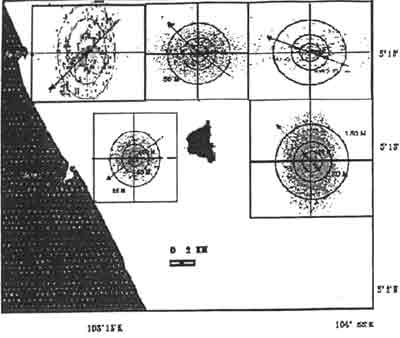 Conclusions
From the results, the striping noises are gone out and the result were not so different from level 1B product distributed by NASDA.

We noticed from temperature of black body were not stable. Therefore, we must develop new algorithm considered unstable temperature for high accuracy correction.

Finally, the PaNDA committee will distribute the software package via internet. The next address described PaNDA software in detail.

Acknowledgements
The another thanks the members of PaNDA committee who help us to carry out this project. Especially, the author is deeply indebted to prof. Dr. Haruhisa Shimoda who is the chair of the PaNDA committee, for providing valuable comments and advice.

Also, the author thanks Dr. Masao Moriyama with Nagasaki University gave us the table to convert brightness to temperature for OCTS. Finally the author

thanks NaSDA OCTS data for this study. 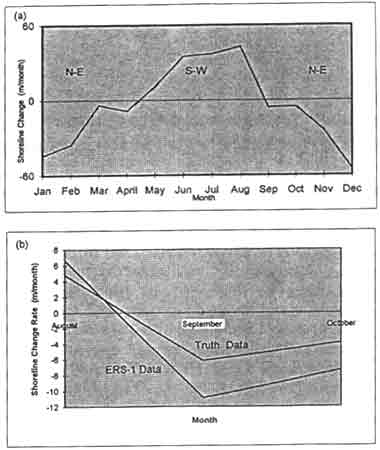