Everyone now talks of data as the “new oil”. The comparison is interesting, but fallacious. It is interesting because like oil, data can be monetized and like oil, it is crude and becomes useful only when it is processed, and various products are generated from it. Further, oil and data can be withheld to exercise control. The comparison ends there. Oil is fungible and of one-time use. Data, on the other hand, can be used and reused and can serve multiple purposes at the same time. Given this, how is data monetized?

While monetization sounds attractive, it is the means of monetization that needs to be addressed. Data created at public cost should not be monetized directly by selling. In this respect, both Landsat and Sentinel follow a user-friendly path. Unfortunately, India still believes in making users pay. For data, which is predominantly for public good, the monetization happens through usage in areas such as crop estimation, crop insurance, forest management, environmental assessment, urban and regional planning, and last but not least, disaster management.

However, data generated in the private sector cannot follow this business model, except in rare cases like disaster management. For such data, value addition may be a better model than just data sales. The Radiant Earth model of cooperative data analysis appeared to be a viable model, but the fact that they have changed their strategy to cooperative analytic software development shows that their model did not produce the required results.

If we look at data for public good, we see two distinct streams of applications. One is where the governments and NGOs are involved and the other is where the ‘good’ is defined by enticing apps from private vendors. Consider location as an application. It is of immense use in navigation, location of POIs and in disaster management. But then, there are apps like Pokémon Go that reduce the entire system to a trivial game. Of even greater concern are devices like Amazon Echo, which want to take over your life by thinking ahead using Artificial Intelligence to suggest you which show to attend, whether to have a dinner afterwards, where and at what time to call Uber depending on traffic conditions, etc. Herein lies what we call the Digital Divide.

Traditionally, the digital divide meant the lack of data in developing economies and concomitant ills of social exclusion, marginalization and even false information. While these are very valid concerns, it must be noted that the trivialization of data usage as exemplified by the two examples quoted above are of equal concern. This kind of digital dumbing down has far reaching consequences globally.

In an article in IEEE Technology and Society magazine, the author Jeff Robbins questioned, “If Technology is a Parasite Masquerading as a Symbiont — Are We the Host?” A data revolution must address three points — availability, accessibility and fitness for purpose.

Availability is being addressed through many technologies and systems. Accessibility is an issue that has both technological and regulatory dimensions. Fitness of purpose is something that the end user and usage must determine. It is here that the concerns of today — democratic participation by civil society while safeguarding citizen rights and privacy — play a big role. Typically, it is not AI for replacing humans but AI as a helping hand for humankind. There are many problems that beset the world, and these are not necessarily only in developing countries.

Climate Change threatens not only developing countries, but the developed ones as well. It is affecting the ecosystem which in turn is having irreversible effects on flora and fauna. Crops are failing due to unusual episodes of violent weather. Uneven economic development is creating huge gaps between the rich and the poor, and as the poor seek to move out of their poverty, they migrate to other countries and to urban areas living in pitiable conditions because the cities are not smart enough to adjust to migrants.

The solution is not just data, but fit for purpose data and analytics, which may include AI as a tool. The difficulty of identifying what is fit for use data is brought out very effectively in the book Poor Economics by Nobel awardees Abhijit Banerjee and Esther Duflo in the context of poverty alleviation.

In the end, we need to find answer to this question: what data and analytics will positively influence the human condition? Data Availability, Accessibility and Fitness are Must for Sustainable Development 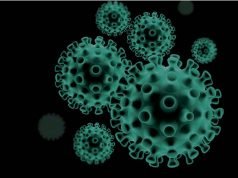