THE KARNATAKA STATE SPATIAL DATA INFRASTRUCTURE (KSSDI) WAS PLANNED AS A JOINT PROJECT BETWEEN NATURAL RESOURCES DATA MANAGEMENT SYSTEM AND THE GOVERNMENT OF INDIAN STATE OF KARNATAKA, TO BE AN INTERNET-BASED GEOSPATIAL DATA DIRECTORY FOR THE ENTIRE STATE. IT AIMS TO IMPLEMENT A CENTRALISED HUB AND SINGLE-WINDOW ACCESS MECHANISM TO ASSIST USERS DISCOVERING GEOSPATIAL DATASETS The Karnataka State Council for Science and Technology (KSCST) was established in 1975 with the goal to improve the quality of life for the people of Karnataka, a state in the southern part of India. The Council seeks to encourage cooperation between various government organisations and research institutions that endeavour to relieve rural unemployment and poverty in the state.

The Council brings together government administrators, district level officers, scientists and technologists who share the common goal of developing cost-effective, sustainable technologies and programmes supporting economy, ecology and human populations in the state of Karnataka. This was the first council of its kind in the country and serves as a role model for establishing state councils across India.

Over the last 35 years, the Council has completed several projects in various sectors including energy, environment, housing, agriculture, health, water and information and resource management. Success stories include unique projects such as energy planning to support cooking and lighting, a house numbering system for Bangalore city, rainwater harvesting and improvements to hand pumps for drinking water wells and more. 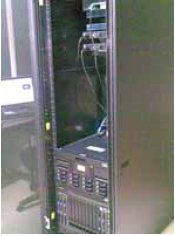 Over the years, the worldwide trend for planning and decision-making has begun to move from a macro level to micro (or local) level planning and this is the case in Karnataka. The state of Karnataka is composed of 29 districts, with each district broken down into sub-districts (known as taluks), and villages within the taluks. The Council recognised that inventory and availability of both spatial and non-spatial data would be crucial to local planning across Karnataka, and thus defined the need for a comprehensive data management system for easy access of data and information.

GEOPORTAL AND CLEARINGHOUSE
District NRDMS centres initially provided geospatial services to users through independent systems. This stovepipe method meant that data that could not easily be shared between other systems within the state. Recognising the power of centralisation, the Karnataka State Spatial Data Infrastructure (KSSDI) was planned as a joint project between NRDMS and the government of Karnataka, to be an Internet- based geospatial data directory for the entire state.

H. Hemanth Kumar, lead Project Investigator at NRDMS, says “The goal is to implement a centralised hub and single-window access mechanism to assist users discovering geospatial datasets. This ultimately will be immensely useful in local planning initiatives across the state.” This gateway will also allow for various data generating agencies to share information across government organisations, scientific organisations and industry.

Specifically, the project sought to create a webbased geoportal, implementing Open Geospatial Consortium (OGC) and International Organization for Standardization (ISO) standards; and a clearinghouse for spatial data generated by various agencies of the government of Karnataka. KARNATAKA GEOPORTAL MAP VIEWER
This map view demonstrates an attribute query on the District layer, highlighting districts with total population of more than 25000. The Attribute Query Sub Module provides the ability to select multiple layers with or without spatial join and operators with input values to generate results and view them too on map.

Existing business systems, including one that enables users to request publishing or download of data, were integrated with the portal. On the back-end, KSSDI has also implemented an Oracle-based RDBMS, along with a security module and a mail server. These systems have also been closely integrated with the portal to support the clearinghouse business processes. “ERDAS Apollo is a powerful catalogue that enables the centralisation of rich, geospatial metadata and complex searches of assets,” said Kaushik Chakraborty, Vice President, Asia Pacific, ERDAS. “A host of standard OGC web services are implemented as the primary use case for accessing data, and the solution supports delivery into both custom and well-known front end clients.”

The plan is to publish both raster and vector data, but in the beginning the majority of available data will be vectors stored and served from Oracle. For imagery provision, the KSSDI will initially be supported by integration of Google Maps into the custom Apollo front end.“The Karnataka NRDMS programme is a role model for all other states,” adds Kumar.

“For the first time in the country, spatial data for decision-making has been institutionalised. Decision makers have been extensively using NRDMS centres for geospatial services.” In the future, the goal is to extend the site to support online data sales, which will ultimately contribute to state revenue generation. For more information on the NRDMS, one can visit https://kscst.org.in/nrdms.html