With intelligent transport systems, the
impact on geospatial will not only be on maps
and location, but also in the way transport
infrastructure, buildings and service facilities
will be planned and implemented
Prof Arup Dasgupta
Managing Editor, [email protected]

In 2002, the Defence Advanced Research Projects Agency, DARPA, of the US Department of Defence issued a Challenge for driverless cars to negotiate a 240-km stretch in the Mojave Desert. In 2004, four teams competed for the challenge; the best one did all of 11.78 km. Experts said the goal could at best be reached by 2007. In 2005 the challenge was won by the Stanford Artificial Intelligence Laboratory. The team leader, Sebastian Thrun, who later took over as the head of Google‘s research into this area (he quit Google last year), developed the chaufferless car which was on the road by 2011.

One of the key technologies in use in these cars which are of interest to us are digital maps. One has read or heard several jokes about people following digital maps and ending up in someone’s driveway. I have had a similar experience in Malaysia where a crossing turned out to be an overpass adding to several kilometres of driving before we could get to our destination. With rapid changes in the urban environment the issue is one of accurate and up-to-date maps. The main sources of error are new roads coming up and temporary blockages due to road repair, accidents, traffic jams, flooding and other natural disruptions. Methods like access to online municipal portals and crowdsourcing need to be used as well as instant reports through sensor networks.

The other major issue is of GPS accuracy. In dense urban environments, multi-path signals considerably degrade the positional accuracies. Systems like WAAS can help as these are based on geostationary satellites. Modern smartphones do use a WAAS type approach by augmenting the GPS signals using corrections obtained through a GPRS connection to a server. A third issue is connectivity. For real-time information there had to be failsafe connectivity through GPRS, satellite, RFID or any other communications technologies.

Some carmakers follow a cautious approach by aiding the driver using several IT systems, none of which are failsafe and the driver has to use his own judgement in situations where automation fails. They quote examples of driverless cars causing accidents or being too cautious, of not being able to discriminate between a rock and an empty bag of chips and of not being able to recognize a policeman signalling the car to the kerb.

Considering that it took just a year for driverless cars to move from a dedicated test track to real life city roads, these failures too will be solved sooner than later. Google hopes to have such cars on sale by 2020. Just as aerial film cameras have been replaced by digital multispectral cameras rendering photo-film, film processing and storage defunct, so will driverless cars will bring about a disruptive change in the way we travel not only in cars but also in mass transit systems.

The impact on geospatial will not only be on maps and location but also in the way transport infrastructure, buildings and service facilities will be planned and implemented. There will be an impact on the design of Smart Cities as well as on ‘green’ systems. Ultimately, we may see the car turning into the ultimate Internet of Things device. 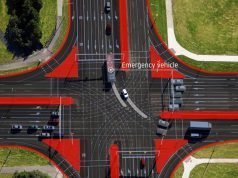 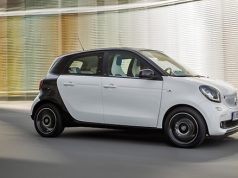 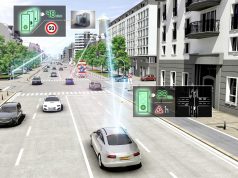 Consumer connected car revenues to near $50bn by 2022: Report