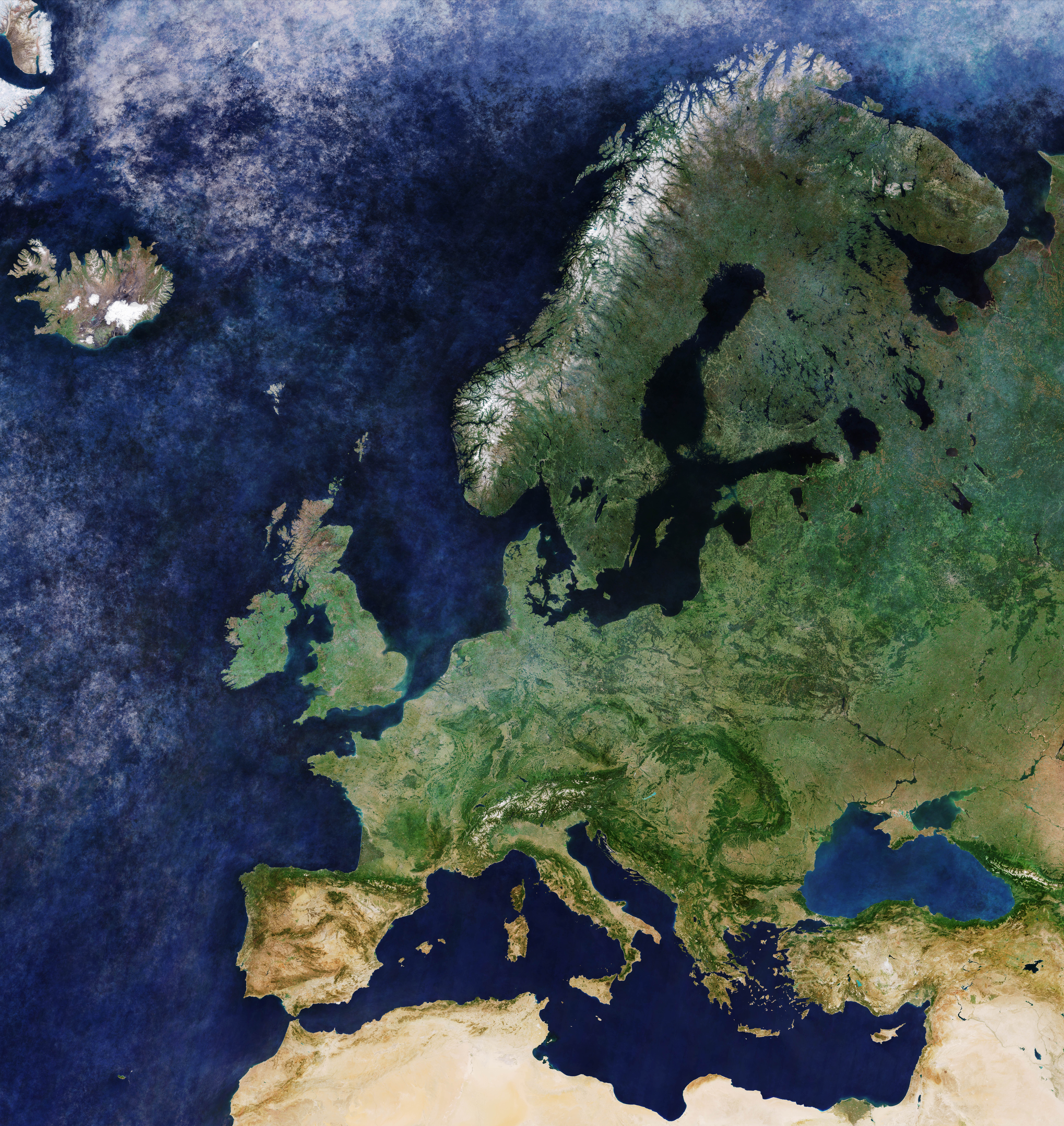 “Evidence suggests that it is public-policy — the means by which a government addresses the needs of citizens — that usually pushes an entire industry to embrace a new business model (…). Policy-driven action reboots the system by creating a new, irreversible best practice” – Alberto Alemanno, Lobbying for Change.

As Copernicus is increasingly portrayed as a game changer in different policy domains and economic sectors, many civil servants working in public administrations across Europe are still unaware that Copernicus exists. With over 12 terabytes of Earth Observation data generated daily, Copernicus is indisputably recognized as the third largest data provider in the world. This does not necessarily lead to the processing of this data into useful, usable, and used the information; let alone is this information necessarily transformed into knowledge for shaping evidence-based policies.

The so-called “Copernicus user uptake”, an expression widely used by those operating in the European space sector, should not be considered as self-explanatory. There are a series of underlying assumptions in the common understanding of this expression, such as:

we all relate Copernicus to Europe’s constellation of Earth Observation satellites and dedicated Services (rather than to Nicolaus Copernicus, the Renaissance-era mathematician, and astronomer who revolutionized the understanding of the universe by formulating a model that placed the Sun, rather than the Earth, at the centre of the universe);

we assimilate users to specific categories of people that could make use of Copernicus-based products and services in their daily work and/or life (think of “ideal types” or “user personas”, and increase the resolution)

we associate the notion of uptake to a set of activities that range from awareness raising to the actual transformation/use of Copernicus data and services by the users.

Much ink has been spilt on the topic of the obstacles to the full deployment of Copernicus uptake.

The panorama of roadblocks commonly mentioned in the different studies and reports range from policy barriers to market constraints, governance difficulties, technical issues and, to a lesser extent, lack of skills (Space Market Uptake in Europe, 2016).

Skills, for which purpose?

The role of the public sector in unlocking the full potential of Copernicus uptake has been widely disputed, discussed and established. The public sector — at European, national and regional level — impacts on both ends of the space value chain: the fact that civil servants are key players of this process is undeniable, as public administrations act both as procurers, data providers and users of Copernicus-based products and services. Their importance in driving the full deployment of Copernicus in different application domains is directly related to the mission of the public administration, responsible for policy formulation and its implementation in different fields related to territorial management for which Copernicus has been designed.

Although the lack of skills and awareness is recognized as an effective barrier to Copernicus user uptake, this shortage does not have the same impact when it takes place in the private sector rather than the public one. In the first case, new commercial users who do not have the competencies and experience to manage the raw data and services made available by the Copernicus programme could be facilitated by the different measures that address the issue of data access (i.e. DIAS, Sentinel Hub, etc.) as well as those dedicated to the private sector (Copernicus Relays, Hackathons, Accelerators, Incubators.

When it comes to the public users, the skills shortage within the administration — understood as a key user group — is doubled with the systemic resistance to change. The issue of Copernicus user uptake should be addressed as an issue related to public sector innovation as a whole, and approached similarly as issues related to the digitization (although in the latter it is about converting information into bits, while when it comes to raw Copernicus data it means transforming this data into useful and usable information). Obstacles to the systematic use of new technologies, such as satellite imagery, should not only be related to skills shortage but seen as part of a broader issue of change management. Provided that we agree on the fact that territorial management and decision-making as a whole would greatly benefit by the systematic use of Copernicus data and related services by public administrations across Europe, the concerns on which obstacles are slowing down this process should be mainstreamed by broadening the perspective.

The Expert Group on Public Sector Innovation (PSI), established by the European Commission in 2013 and chaired by Mindlab, published a final report titled “Powering European Public Sector Innovation: Towards A New Architecture”: it gives inspiring insights on where we stand, shapes a new innovation paradigm and design principles, and suggests three cross-cutting recommendations for a new public sector innovation in Europe.

In their opinion, public sector innovation pursues a three-fold set of objectives:

Evidence suggests that public sector innovation today mostly happens through uncoordinated initiatives rather than as a result of deliberate, strategic efforts.

When looking back at the skills shortage as a barrier to the full deployment of Copernicus, and to the differences between the impact in the private and public sectors, it is interesting to learn that a survey conducted by Eurisy on the use of satellite-based applications in the public administration, shows that in-house expertise is not a pre-condition for their use, but when it exists it does lead to more proactivity in considering them.

But is it only a question of lacking in-house expertise and/or technical and scientific skills shortage?

Three examples come to my mind, taken from my experience in working for a European regional network aiming at raising awareness on the benefits of using space technologies within local and regional administrations.

The first example comes from Wallonia: a group of motivated people working for the Scientific Institute of Public Service as well as Skywin (the Belgian aerospace cluster) got together to better understand how to integrate the emerging products based on Copernicus data into the decision-making processes of the local and regional authorities. Since 2015, they set up a Working Group on Earth Observation, with the objective of strengthening the exchanges between the private sector, universities and the public sector. In 2017, a second working group called “Common Working Group within Walloon Government services for Earth Observation” was initiated by the Service Public de Wallonie specifically targeting local and regional bodies with the aims of facilitating the use of remote sensing and its derived products within the administrations, coordinating the initiatives internally and externally, adding value to existing experiences and contributing to the awareness about these techniques.

How does this play out in numbers?

16 Working Group meetings have been organized in different policy domains, each of which had between 25 and 50 participants. One survey gathered about 50 topics of interest from 52 respondents mainly from the regional services, although its diffusion to 70 communes identified an interest also at local level. Initially self-financed, the activities have now received a support from the European Commission and new reflections and actions have been planned for 2018:

After three years, a joint initiative emerged aiming at drafting a joint position paper detailing the strategic vision of the Walloon Earth Observation stakeholders. This position paper will be sent to the government authorities to address the future opportunities and challenges.

Another example comes from Veneto region, where Silvano works for the Strategic Territorial Planning and Cartography Organizational Unit heard about the Copernicus Research and User Support Service Portal (also known as Copernicus RUS) shortly after it went public, in September 2017. The first contact email led to an intense correspondence to tailor the service (duration, number of support hours, number of virtual machines, etc.) to his needs. The first virtual machine led to the request of 15 more (for a more limited time) in order to train 20 young colleagues internally. What is the result of this proactive attitude? Today, more people within the regional administration understand the potentialities and criticalities of Copernicus, and an interdepartmental working group has now been set up and will look into the specific needs of the different departments within the regional administration.

Last but not least, an example from the Azores regional administration and its Mission Structure for Space. Approximately three years ago, Francisco is appointed there as the regional contact point for space matters. He has a background in marine biology and has little knowledge of this field. Space is a complex issue when you lack the scientific and technical background, but it becomes very concrete when looked upon from the user’s point of view, in terms of applications, products, and services. Francisco rapidly learns about the achievements of the local space community and grows passionate about the opportunities offered at European level to regional ecosystems who have interests in this field. By looking into the timely information he receives, making the best of networking events, and monitoring calls for tenders, he contributes to shifting the positioning of the Azores. The impacts are diverse: the visibility of the local space community is increased, the European dimension of regional events is strengthened, the regional administration and local university are branded with the Copernicus Relay and Academy logo, and his department becomes part of the only consortia that is selected for implementing the first pre-commercial procurement in the Earth Observation sector.

These stories do certainly not exhaust the meaning of Copernicus uptake by public users. These civil servants are probably just doing the job. This is what is expected of them, this is what their mission implies. But while working with them, while listening to their stories, it is hard not to feel that there is something that goes beyond the job description.

There is a need to look at innovation in the public sector through the magnifying glass.

Institutions are made up of people, by people. They are the ones embodying public sector innovation, they are the ones that add passion to their work and find the motivation within them to change their working habits, grasp opportunities, learn more, train their peers.

More than looking at the skills, knowledge, and abilities, which can always be acquired in time, should we not consider the motivational dimension behind resistance and effective change?

Can motivated, satisfied and fulfilled civil servants lead to an increase in trust and confidence towards the public institutions? This is what the public service value chain is about. What happens when this question is translated in terms of “Copernicus user uptake”?

As the institutional communication says, Copernicus produces a wealth of data and enable services that support “improved decision-making and long-term planning”. The benefits of using Copernicus is presented in terms of cost-efficiency, transparency, accountability, openness, productivity, timeliness, etc. Important, crucial indicators when it comes to the evaluation of public administrations.

Yet, God lies in the details. We are hungry for stories. About women and men waking up in the morning, coping with their personal lives and at the same time doing something more than what is expected from them, or doing it with a sparkle in their eyes that makes the difference. Space is magic because of its inspirational power. The achievements of the European Union in the space sector would not have been the same if each Member State had acted alone. Now that Copernicus and EGNOS/Galileo, the two European space flagship programs are becoming operational, today that the European Commission has presented its proposal for the next EU space budget, we should insist even more on the importance of space for our well-being here on Earth.

The story of «Copernicus user uptake» should (also) be told in terms of space systems linking happy staff to citizen confidence, highlighting the importance of inspiration, collaboration, open standards, and motivation in public service value chain. In times of growing disaffection towards Europe and the establishment, the inspiring power of space should not underestimate in telling a different story on those who shape our world.