We serve as an honest broker with respect to environmental intelligence in characterizing what the nature of environment will be in the future, and how that may be affected by any kinds of actions that are taken as a result of policy changes

What according to you is the value of ocean observations, especially when the scare of climate change is looming on us?

NOAA is essentially a science-based service agency. Our whole premise is being able to advise policy, take action for a range of applications — the economy, safety, national security… all of those. Consequently, we have to be able to advice on what action should be taken with regard to use and protection and stewardship of the ocean. You cannot do that unless you have some understanding of how the ocean environment is changing, and you cannot do “that” unless you have some fundamental knowledge of what the basis is for any measurement. So, how can we know whether there is an impending coral bleaching event unless we know what the baseline temperatures were in the past? And what they are now, and build those into sophisticated models to project what it might be in the future?

What actions are being taken by NOAA to tackle climate change?

The actions that NOAA takes are primarily based on environmental intelligence that we are acquiring about the oceans. We have spent decades into developing a robust observation system for the world’s oceans. Right now, for example, as we look at an impending El Niño, how do we know the magnitude and the speed of the development of El Niño. It is because we have arrays of buoys, floats, drifters, ships, and aircrafts that are being used to make these measurements. With respect to the SDGs, it is very important for us to have the best information that describes what is happening with respect to changes in the ocean environment. And if you look, for example, at the diminishing ice pack in the Arctic, how fast is that diminishing, what is the variance from winter to summer in the Arctic, what are the implications of that change with respect to the bio-geography of critical fisheries, how is that going to affect weather and climate… You cannot even begin to answer any of those questions unless you have the sustained observations and the robust models. So, that is the other thing that we do. Our real niche with respect to climate change, preparedness, resilience, is the predictability that we bring to the table.

Lots of different organizations throughout the globe — public and private — are collecting information and data, developing intelligence. We really own a responsibility for developing predictions, outlooks, projections and what-if scenarios with respect to actions that may or may not be taken in terms of things like changing CO2 emissions. We would like to believe that what we are doing is serving as the honest broker with respect to this environmental intelligence in characterizing what the nature of the environment will be in the future and how that may be affected by any kind of actions that are taken as a result of policy changes.

One of the important aspects of that is in resiliency. How do we build resiliency? And I will use coastal resiliency as an example. And in fact, just recently, we put out several million dollars worth of awards for coastal resiliency projects. So, it is founded on the concept that often times, our ability to respond in an appropriate manner and therefore be resilient to climate change is to take the best advantage of what natural defense we have. We have seen it repeatedly, whether they are tsunamis or hurricanes or monsoons, areas that are least impacted are the ones that have the most robust natural infrastructure — wetlands, marshes, mangroves that can mitigate the effects of a natural disaster. Therefore, we are trying to figure out what can be done to basically facilitate more of that kind of natural development and coastal resiliency through the use of natural infrastructure.
Interestingly, there are some fascinating concepts with regard to the use of natural infrastructure to not only serve as a physical buffer against storms that will become more intense or more frequent as a result of climate change, but also those environments can serve as nurseries for agriculture or for shellfish hatcheries. So you get double benefit. You get economic resiliency. You get environmental resiliency. And of course you get societal resiliency.

How is NOAA supporting, sustaining and growing the emerging new blue economy?

In order to understand the new blue economy, let us take a moment to understand the broader blue economy. I like to think that there are three components to the blue economy: first is the extant blue economy that everybody thinks of — they think of the fishing industry, commercial shipping, recreation, oil and the sort of things that tend to show up in discussions about the ocean and the economy. The next is the hidden blue economy. For example, the electrical engineer who may be developing a system for unmanned underwater vehicles. That engineer tends to be categorized in the same way that an electrical engineer working on heating, ventilation and air conditioning might be categorized. He is not necessarily identified as part of the blue economy.
The new blue economy is built around data and information and environmental intelligence. It is built around capabilities for providing forecast and predictions. There now is an opportunity for somebody to build a value-added product on predicting coastal phenomenon, currents, potential for enhanced agriculture, and tailor it to a very specific industry. The public sector is not apt to tailor it to a very specific set of clientele. But, the private sector could emerge those value added products if they have access to the data, the volumes of data that are now being collected, and therefore, in much the same way commercial weather services evolved over the last 40-50 years. Similarly, commercial ocean services are well-positioned to evolve. And that is the new blue economy, which has only been made possible now because we do have the kind of observational systems that are in the water, in space and on ships.

How is NOAA making the communities more resilient, looking at strengthening coastal ecosystem, without compromising on the economic benefits coasts offer?

One of the most important things I would argue in coastal resiliency is having the ability to listen. It does us no good as a major federal agency to walk in and pound our chest and say “we have got the solution; this is how we are going to do it”. As I indicated earlier, things like the coastal resiliency grants is a wonderful program to get the money to the local jurisdictions or the states and have them determine what works best for coastal resiliency in their area. We do this through two mechanism — we manage for the United States the federal component through the Coastal Zone Management Program, which is in collaboration with the states. So, each state has a program they develop in collaboration and dialogue with us. And then we help manage that with them to determine exactly what kinds of actions are necessary in New Hampshire versus California versus Florida.

We also have a major extension and outreach activity through the US National Sea Grant college program. All the coastal states have this program and collaborate with universities from other countries. That is how we have a great dialogue with the local communities, the local legislators, the local businesses about what they believe they need. We have our own labs as well. We have a National Center for Coastal Ocean Science which does a lot of work on the kind of resilience issues we have talked about, addressing everything from invasive species and how to manage those to things like beach nourishment and other physical activities.

The new trend is to have satellite constellations for weather predictions…

We have had these constellations for 30 or 40 years already. We are really in a very interesting stage right now in terms of having the large, multibillion dollar constellations of publically funded, but mostly privately built, satellite systems. At the same time, we see cubesats and microsats coming up as well. Marcia McNutt, the current editor of the Science magazine and the prospective president of the National Academy of Sciences has described this as the “Golden Age” right now. We do have the legacy systems, if you will, and yet we have these new systems.

We have to separate the private sector provision of services from private sector provision of data. On the one hand, it is very exciting because the private sector can be nimble, can develop capabilities quickly, and as you have seen is now into the world of launching and operating these kinds of satellite systems and providing data. The private sector is also in the business of having a profit and consequently, often times, that nimbleness means they will be looking at different product lines. That is what makes the private sector so viable and valuable. We have to be careful to make sure that just because a data service is no longer as profitable as it was in the past, it does not get pulled out of the system. The provision of data for protection of life and property through our weather services is invaluable. We have to have those data in order to build the forecasts that we need to protect lives and property. 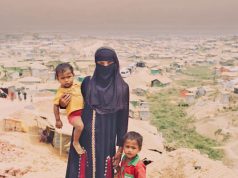 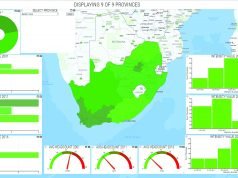