<< Today’s unconventional warfare requires understanding of terrain and an ability to be able to anticipate your adversary’s next move. Geospatial intelligence helps you visualise the enemy’s possible gameplan >>

To provide a framework for exploitation of geoint (geospatial intelligence) in countering the challenges of asymmetric warfare, it is first necessary to appreciate the context of such warfare. In his work Asymmetric Warfare: Old Method, New Concern, David L Grange states that strategists have defined asymmetric warfare as “conflict deviating from the norm, or an indirect approach to affect a counter-balancing of force”. Importantly, as his title elucidates, asymmetric warfare is not a new phenomenon. In the Lost Art of War, Sun Bin (circa 250-300BC), encapsulates the principle of asymmetry when he writes, “When conventional tactics are altered unexpectedly according to the situation, they take on an element of surprise and increase in strategic value.”

What has emerged over the last decade, from experience gained in Africa, the Balkans and most recently in Iraq and Afghanistan, is the rise in what was defined initially by US Marine General Charles C Krulak as the 3 Block War. Subsequently this was reiterated by British Army General Rupert Smith in his exploration of wars among people. Several leading commentators have provided detailed insight into his evolving landscape including, inter alia, David Kaplan (The Coming Anarchy), Martin Van Krefeld (The Transformation of War) and Samuel P Huntington (The Clash of Civilizations). All these works define causes of instability ranging from inter- and intra-state warfare to disease and poverty and through cultural clashes to the challenges of criminality, drugs, insurgency and terrorism. The challenge for governments in building stability is to appreciate the nature of the problem that asymmetric challenges pose. Warwick University’s Professor Keith Grint provides valuable insight in his work Wicked Problems and Clumsy Solutions. The content is that while very complex problems exist, sound management and known tested procedures can be applied to such problems to achieve a successful outcome. Alternatively, wicked problems such as countering criminality, drugs and terrorism, do not have such procedural solutions and require a strong thoughtful leadership approach. For Grint, the key is for the leader to drive consensus and bring together problem solving styles (hierarchical (military); consensus (government/ NGOs); entrepreneurial (business)) to derive a strategy that provides an iterative, continuously evolving response to the problem. The key facet is for the leader to continually ask appropriate questions that drive towards a robust understanding of the problem. Moreover, it is critical to develop an environment in which ideas are nurtured and the ability to share information, knowledge and understanding is established. Figure 1: “The ultimate value of satellite data comes fromintegration with other technologies of the information age. Satellite data becomes much more useful after it has been analyzed and fused with other geospatial technolgies…”1
It is in this arena of enhanced understanding and sharing that geospatial capabilities have a critical role to play. Humans are visual beings and it is recognised that about 70 per cent of our understanding is derived from what we see. This is why geospatial information has such importance in enabling humans to observe their environment and accordingly orientate themselves (and the systems they use) across a range of activities. Recent years have seen the evolution of geoint as a concept and a growing capability. Geoint combines the capability of geospatial information with imagery and imagery derived intelligence. It moves users from observation and orientation to an increasing level of insight including enhanced situational awareness and greater knowledge and understanding of emerging needs, challenges and issues. Ultimately, geoint provides decision makers with greater depths and levels of understanding necessary to support better action planning (including consideration of consequences – both intended and potentially unintended) and action implementation. Geoint helps us understand the changes taking place in our environment that is affecting us and offers the potential to better measure what has changed as a result of the actions we take to solve problems.

In this way, geoint provides a pathway to the development of what has been defined as a decision superiority model. As shown in Figure 2, the principle is to be able to access data and rapidly fuse it; adding more value to quickly move through information to awareness/knowledge and ultimately understanding/insight. This is shown in the cycle on the left. By matching this cycle with the Observe, Orient Decide and Act (Boyd’s OODA Loop ), shown on the right, the aim is to speed up the process of deciding and acting to get inside an opponent’s own decision cycle. This capability is particularly pertinent to the measurement of geo-referenced activities as defined in the National Geospatial Intelligence Agency (NGA) definition of geoint: “The exploitation and analysis of geospatial data and information to describe, assess and visually depict physical features both natural and constructed and geographically referenced activities.” Figure 2: General Rupert Smith’s The Utility of Force: The Art of War in the Modern World
Importantly, the need to address the complexity of human activities has been fully recognised by NGA and has been adopted as its fundamental aim. The requirement to gain deep understanding of the human terrain was driven by General David Petraeus in the process of building the strategy for Iraq, and subsequently providing a framework for continuing engagement in Afghanistan. Space does not allow further description here but David Kilcullen’s The Accidental Guerilla provides invaluable insight into the anthropology of challenges of war among people and outlines principles underpinning key elements of the Petraeus doctrine.

Effective analysis and understanding of human activity is predicated on the ability to share information appropriately which in the past has been contained in organisational silos. Often this has been due to inappropriate and inflexible application of a core intelligence principle of need to know. Strong leadership is required to overcome this barrier and to provide an environment in which trust can be engendered and in which appropriate sharing of information becomes second nature.

The geoint platform provides a sound foundation for such an environment. In the UK, the Joint (UK/US) Narcotics Analysis Centre (JNAC) provides an example of a multi-disciplinary intelligence capability where a geoint platform provides the foundation for information sharing, fusion and exploitation. Applying the insight it gains, the JNAC provides enhanced strategic understanding of narcotics challenges and supports operational planning for tactical execution of counternarcotics activities. This is just one example of the burgeoning fusion centres which include, inter alia, in the US, the Joint IED Defeat Organization and the counter narcotics focussed Joint Inter Agency task Forces (JIATFs); and in the UK, the Joint Terrorism Analysis Centre (JTAC). As shown in Figure 3, the geoint capability provides the platform to drive the fusion of information from multiple intelligence, surveillance and reconnaissance sensors across the range of intelligence disciplines. Figure 3: Colonel John Boyd USAF Fighter Pilot and Military Strategist – OODA was derived for success in air combat over Korea.
Of growing interest is the value of open source information and in particular the exploitation of information from social media phenomena such as Twitter, Facebook and Flikr. Again, the geoint platform provides a framework to relate and integrate information gained from tweets and online photographs to provide an understanding of human activity and changing circumstances in critical location. The much reported tweets from Abbottabad in May and from Sudan post the establishment of the Southern nation, attest to the potential to fuse data to provide unique and enhanced understanding. Often when addressing this potential, an inevitable conclusion is that there is too much information and that decision makers are swamped by data. However this leads us back to the requirement for strong leadership and the need to ask the right questions. In this context, it is possible for information aware decision makers to exploit the geoint platform to shape focused questions and to capture the required patterns from the vast stores of available information. 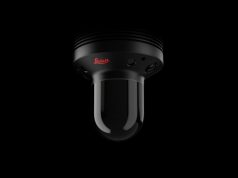