Abstract
Modern GPS technology provides location data with an accuracy of plus and minus five meters. Applied spatial statistics to single GPS point measurements can increase that accuracy to the decimeters level. Traditional use of GPS for geometric correction of satellite imagery aims to establish the relationship between the image coordinate system and a geographic coordinate system. In doing so, errors inherited within satellite data can be calibrated and reduced as well. This paper applies single point GPS spatial statistical analysis to satellite imagery to reduce errors found during the geometric correction process. The results are tested visually using graphics. Field measurements are also to be made to provide statement of accuracy. The overall procedure is expected to yield higher accuracy in satellite mapping.

Introduction
Recent development in GPS technology made it possible to collect location data with an accuracy of plus/minus five meters. The systematic errors in GPS are caused by many factors that can be summarized as multi path, atmosphere, position dilution of precision (PDoP), imprecise orbit, and the clock (Massasati 2003). Theoretically, systematic errors can be reduced using spatial statistics. Without reference, statistics might be the only way to determine relative accuracy. In order to have good results, statistics require large number of observations (Burt, 1996, McGrew and Monroe, 2000). To a certain limit, the larger the numbers of observation, the better the results are going to be. The only limit some time might be coast and time. In applying single point spatial statistics to GPS readings, an accuracy of decimeters were achieved (Massasati, 2003 and Wormley, 2004). In recent times, single point analysis can be used for surveying purposes as well as for digital image geometric correction. The process of geometric correction for satellite imagery has been applied for a long time now. The old generation of satellite imagery such as the Thematic Mapper and SPOT has a resolution vary between 30 and 10 meters. Given the fact that GPS provide a five meters accuracy makes it very convenient to geometrically correct satellite imagery where the pixel resolution (the dimensions for area covered be each pixel) is larger than the inherited GPS error. The recent generation of satellite data such as IKONOS and Digital Globe, and digital aerial photography, provide digital imagery with sub meters resolution making it possible to aim at a higher accuracy when it come to geometric correction. This paper argues that ground control points, traditionally obtained using ground surveying methods can now be replaced with high resolution/high accuracy digital imagery. The elevated accuracy in geometric correction brings another issue to the surface and that is the question of selected geodetic system and map projection.

The recent world geodetic system (WGS84) (European Organization for the Safety of Air Navigation, 1998) is based on an ellipsoid shape where earth is slightly flattened at the poles and bulges at the equator. Unless special attention is given for the geodetic system used, blunders and errors would be generated in Latitude/Longitude point readings in geodetic systems such as Clark 1880 (Dana, 1997 and Dodson, 1998) give different location values and slightly different measurements. The problem will become more serious when location data transformed using projection systems such as the Universal Transverse Mercator (UTM) (Dana 1997). Geometric correction as implied by its name aims to correct errors or identify problems (Armston, 2002). This paper is an attempt to study possible errors fond during point location data collection and the geometric correction. Analyzing errors will be done visually as well as statistically. The final results show how errors and blunders can exist and how to deal with them. It also gives an error statement and suggests further studies to improve accuracy.

Literature Research
Errors found in applied GPS to geometric correction of digital satellite imagery and air photography can be related to systematic errors and the geodetic and projection systems used. The GS systematic errors can not be eliminated; nevertheless, they can be reduced (Satirapod, 2001, Shih, 2001, and Massasati, 2003). For example, most available GPS provides a visual representation of satellite location on the sky making it possible for the user to check for PDoP. Multipath effect can be reduced in an open sky areas. Still the remaining errors are a problem and can be reduced using Differential GPS (DGPS). When DGPS is not available, statistics seemed to provide the best solution to deal with the remaining errors. The single point statistics applied in (Massasati, 2003) showed the possibility of reducing errors to a decimeter level. When large number of independent observations used and the principles of the central limit theorem (Burt, 1996, McGrew and Monrroe, 2000) were applied, the spatial mean of the coordinate form GPS reading gave a very good representation for location.

Digital satellite imagery and air photography has been the source of geographical data for decades. The Thematic Mapper (TM) and the French satellite SPOT has provide images of the earth surface since 1982 and 1986 (U.S. Geological Survey, 2002 and SPOT Image, 2004) with a 30, 20, and 15 meters resolution. Air photography existed long before satellite data with higher resolution but not in a digital form. The recent development in space age technology such as in IKONOS and Quick Bird has provided digital imagery with a resolution as high as 25 centimeters. Most available digital imagery comes with or with out coordinate system. In order to make use of thee data, the user has to choose a proper geodetic and projection system that fits his/her organizational needs. The most commonly used geoid models for GPS used in the world and the UAE is WGS84 and Clark 1880. When geographic locations are transferred between the two systems, discrepancies occur. Further more. Most imagery need to be projected into a two dimensional surface to be used. All projections systems carry errors. The projection system used in the UAE is UTM. While UTM is very practical for many reasons, the UAE falls exactly between zones 39 and 40. If not careful, location data collected in one zone would carry large errors if used for the other zone. For that, some government agencies such as Environmental Research and Wildlife Development Agency (ERWDA), and Dubai Geographic Information Center use their own projection systems ERWDA standards (ERWDA, 2001) and Dubai Municipality Primary Projection (DLTM) (Dubai Geographic Information Center, 2005).

This paper uses digital data provided by MAPSGeosystems to test errors that can be found in the process of GPS point collection and geometric correction. For research purposes, it does not question the origin of the data such as from satellite or digital aerial photography. What matter for this paper is the process it self.

Field Work
The used image for the analysis is collected in the year 2003 for the area around the office of the Department of Water Resources Studies (DWRS) in the city of Abu Dhabi. It is relatively flat and very close to sea level so that errors related to terrain differences can be ignored. Image displacement were recognized but ignored because the test aimed to study errors at worse conditions. A single point above DWRS building were selected for the initial single GPS point statistical analysis and used as a reference for accuracy check. Nine points were selected to measure location data (Figure 1). Figure 1. The selected image with the ten studies points (courtesy of MAPSGeosystems).
All GPS data were collected using latitude/longitude readings in the form of degree, minutes, and decimal seconds (DD, MM, SS.SS). The GPS used were selected so that it is sensitive to the nearest two digits after the decimal second for high accuracy. All latitude/longitude readings were transferred into the metric units of WGS84 UTM zone 40 before any calculations or analysis done. Table 1, shows the summary single GPS statistics for the reference point above the DWRS building. The distance measurements from all readings to the mean center are calculated and summarized in the Column “Distance”. The standard errors as expected are in the decimeter level and estimated at 22 centimeters in the Easting direction and 23 centimeters in the Northing direction. Figure 2, is the scatter graph of the GPS readings for the reference point.
Table 1. Summary statistics for the selected reference point.

Note: All measurements are in meters. 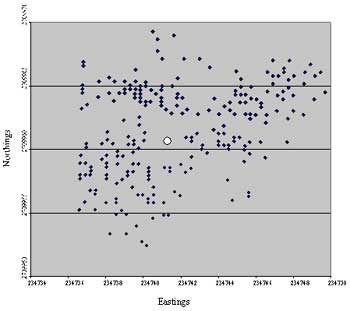 Figure 2. GPS point distribution at the reference point.
The same process was applied to the all selected points. Table 3, shows the summary of the results that included location in Latitude/Longitude, UTM Eastings and Northigs, and standard errors are included.
Table 3. Summary results for all points Latitude, Longitude, Eastings, Nothings, and Standard Errors.

Note: All measurements are in meters.
The information in table three was used to perform the geometric correction to the original image. During the process, point 9 was found to be a clear blunder. The team was not able to determine why the GPS readings were wrong. The best guess was that a mistake was made during reading the numbers at the seconds’ level (not at the decimal second). The geometric correction program recommended the removal of points 5 and 8. When investigating a possible reason for that, the team suggested that heavy traffic and buildings were the cause of the high RMS values. In other words, the systematic error “multi path” is the probable cause for the error. The team also suggested that another possible reason for the error is caused because of difference in time between the image and analysis date. Table 4, summarizes the geometric correction Errors.
Table 4. Summary image geometric correction.

The table suggests a maximum error on the entire image to be 3.54 meters on the Easting direction and -2.3 on the Northing direction. The maximum RMS is 3.59 meters. Figure 3, is an image map that show the mean UTM grid with Latitude/Longitude tic marks. When the reference point checked for accuracy, the point location was about 1.94 meters from where it should be. Figure 3. An image map for the selected area.

To visualize possible errors, the team selected ten reading from the table for the remaining seven points, did the geometric correction, and overlapped the resulted grid over the mean grid to visualize the errors. Figure 4, shows all ten grids overlapped on the mean grid. It is the assumption of this paper that visualizing all the possible grids helps understand the nature of errors found in the original data. 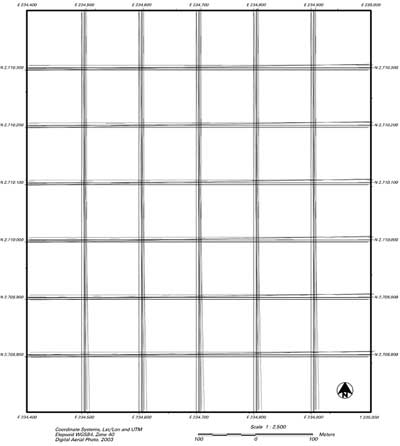 Figure 4. The error grids overlapped the original mean grid in figure 3.
The procedure was repeated with other images. With the following two maps of Burj Al-Arab and Jabal Ali Dubai (Figure 5 and 6), the RMS was improved to a meter level. This paper noted that experience and selecting points at/close to sea level helped eliminating blunders and displacement effect. Figure 6. An image map of Jabal Ali, Dubai Area (Source; MAPSGeosystems)
Conclusion
Applied single GPS point spatial statistics to all the points showed a decimeter level accuracy. Geometric correction process was capable of weeding our blunders and show possible errors found among the point readings. Students of image processing can read tables and understand statistical measurements; still visualizing the grid error can provide a better understanding of the process and show the extent of errors that could happen from a single point reading.