The Dutch police is trying for a paradigm shift in training its personnel by adopting geo design as a precondition as part of its Backbone Professional Gaming initiative.

Working with sophisticated information tool is a key condition for police professionals; especially, those working in dynamic urban societies. Police educational environments should be based upon principles which are both contextually relevant and dualistic in nature. This means that professional courses should fit within the conditions and requirements of the working environment by alternating theoretical phases with practical periods.

The ubiquity of mobile devices has resulted in creating an improved support system for police professionals in the frontline of their duty. However, as a next step, the combination of mobility and serious gaming can be used to develop an alternate reality that would deliver very realistic and dynamic levels in learning environments. The combination of these two levels can help develop an alternate reality, sans boundaries of time and space. This alternative reality, which can be entered into when there is an acceptable occasion between the daily duties, creates a powerful environment for action learning.

At the same time the idea of space cannot be side-stepped or neglected. The performance of policing hinges on the availability of optimal position information that support decision-making processes at operational, tactical and strategic levels. In brevity, the aim of the alternate reality or simulations is to offer situational awareness and a common operational picture using spatial visualisation details under a given circumstance.

Risk of the knowledge paradox
In multi-agency coordinated operations, the biggest challenge is to combine different approaches and cultures. Classical training methods are not suitable anymore for developing sophisticated information skills. A better approach could be to make use of ‘action learning’ concepts, bridging the gap between theory and practice. Further, the concept of action learning achieves a breakthrough if serious gaming is used as a driving force.

In the context of the Dutch police, the term ‘professional gaming’ has been introduced in order to emphasise the need to develop high-quality game designs. The games are based upon specific game mechanics on the one hand and realistic cases, introduced by convincing storylines, on the other hand.

The existence of such an environment can only be successful if police are willing to adopt the concept of ‘trans-reality’. When dimensions such as ‘space’, ‘time’, ‘context’ and ‘meaning’ are manipulated with changing scenarios, this trans-reality offers a powerful experience for professionals.

Within the police, this alternate reality is referred to as 25/7 policing; suggesting that the 24/7 presence of the police can be extended to another hour by creating a 25th hour. This 25th hour can be used by professionals for going virtual and participating in a challenging game environment. This alternate reality, however, can only be convincing when the geo dimension is powerful, offering different intelligent layers supporting trans-reality and imagination.

In the 25/7 environment a number of game formats — as a result of a combination of several game mechanics — will be available for game developers and police trainers. Each of those formats represents patterns and provides insights to the participants for understanding human behaviour. A game oriented at youth gangs
To get a deeper insight in the possibilities of professional gaming in the perspective of 25/7, a network game has been developed for operational police team managers of the Dutch Police. Youth gangs being a wide-spread phenomenon in urban areas, the aim of the initiative was to detect and control them. The idea behind the game play was based upon a storyline of a youth problem, manifesting itself in steadily growing problems. The storyline was divided in 10 scenes and operated in phases over a period of 10 days. During every scene, several messages appear on the mobile device of the player, filling in a mental picture of a deteriorating situation. The messages vary from external and internal pieces of information (reports, letters, complaints, Facebook messages, tweets, articles in local papers and video messages).

The idea of this ‘drip feed’ principle has been that this streaming input merges with earlier memories and experiences, resulting in a meaningful image of the situation. By nature this image has a strong socio-geographic dimension.

However, in this pilot project, we could not manage to integrate an operational GIS system. An important reason for this was the constraint of dealing with the appearance of non-real events in social media. Of course, we could have arranged a pilot environment with a number of information layers, but the mixture with played characters and their played behaviour would then had to be elaborated in more detail.

Apart from this restriction the gameplay had a number of components and variables meant to stimulate an immersive experience. The events appeared between 07:00 and 16:00 hours; from 16:00 – 17:00 hour a player had time to prepare a reaction consisting of informative, preventive or repressive actions.

During daytime the players had to develop their external network by involving safety partners, which is necessary to enlarge their ‘portfolio’ of measures and actions making use of their network and advices of team members. The actions were part of the game intelligence, but the players were stimulated to bring in specific measures, called ‘jokers’, in order to support the idea of collective intelligence.

After every playing phase a judgment was delivered by a game coach (called CEE: Coach Experience Enhancer), consisting of two more experienced police officers. They had to evaluate the measures taken during the evening hours, in order to let the game start again the next morning. The evaluation of the actions or measures (a maximum of three during every playing round) resulted in a score on the scoreboard of the player. If necessary, the CEE could intervene in the gameplay by bringing in extra events or incidents in the storyline, suggesting that the youth game was reacting on the measures taken by the players. In the next version the game, the dynamics will be enlarged by an automated game play based upon a causal model of the safety situation.

Summing up
A game environment could act as a catalyst for the use of the overwhelming possibilities of GIS systems, not to speak about the upcoming geospatial developments. Both worlds could benefit from a merger of potential effects to stimulate the retention of learning on the individual level and the quality of managerial practices in times of mental pressure. 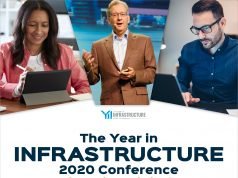