Early autumn morning, an enemy aircraft is detected fl ying over a village near India-Pakistan border in Punjab. Th e message fl ashes immediately in the control room at New Delhi. Within seconds, a pair of MIG-29 fi ghter aircraft take off from an airbase in Punjab sector with clear instructions to neutralise the threat. As the chase begins in Punjab, so does the action in Delhi – on and off screen, all in real-time. MIG-29s are seen chasing the enemy aircraft while the pilots receive regular updates and instructions from Delhi until the threat is completely neutralised. In 5 minutes, the mission gets accomplished. The enemy aircraft is eliminated much before its advent deep in to the Indian skies, preventing any casualties that may have occurred had there been a delay in communication between Delhi and Punjab. The incident above is a demonstration of the newly acquired capability of the Indian Air Force (IAF) – the Air Force Network (AFNET) – to drive home the message that IAF now means ‘real-time’ communication business.

The recent deployments of AFNET, IACCS and other systems have put the IAF in the forefront of NCW enabled nations. This quantum leap in the field of communication & information technology will help field units to train and develop tactics, techniques and procedures to realise the full benefits of network-enabled capabilities. – Air Chief Marshal PV Naik Chief of the Air Staff, IAF

C4ISR
For any operation to be carried out by defence forces, communication is the backbone with ‘real-time’ being the determining factor of its outcome. And successful ‘real-time’ operations involve a fl awless execution of C4ISR (Command, Control, Communications, Computers, Intelligence, Surveillance and Reconnaissance).

It is an established fact that Command and Control (C2) play an important role in any warfare. An eff ective C2 is only possible through useful Intelligence or information, which in turn is greatly infl uenced by a force’s surveillance and reconnaissance capabilities. Once the information is gathered, it has to be processed, analysed (possible through the help of computers) and disseminated to various C2 centers. All this involves communication – the faster the communication, the better the chances of victory.

AFNET
On September 14, 2010, the Indian Air Force launched its much-awaited digital information grid, AFNET, signifying a new era of communication and information in the IAF. AFNET replaces IAF’s old communication network using the tropo-scatter technology of the 1950s, and marks a major step towards becoming a net-centric combat force. AFNET is a dedicated fi bre-optic network that off ers up to 500 MBPS encrypted, secure bandwidth.

I would like to remind my colleague in the Ministry of Communication & IT that even though I am very happy, I am not fully happy. I will be fully happy when the army and navy will also be provided with network-centric capabilities. I am waiting for that day to celebrate jointly again like this. – AK Antony Defence Minister, Government of India

AFNET will be an eff ective force multiplier for intelligence analysis, mission planning and control, post-mission feedback and related activities like maintenance, logistics and administration. IAF envisages using AFNET communication network and enabled IT infrastructure for all operational, techno-logistics and administrative functions to leverage developments in this fi eld so as to enhance operational effi ciency, cost-eff ectiveness and ease of administration.

Further, the AFNET project has satellite communication network as overlay, Line Of Sight (LOS) Radio for Metro Area and diffi cult terrains, as a back up to OFC links. It is designed for high reliability with redundancy built into the network design itself. A comprehensive design with multi-layer security precautions for “Defence in Depth” have been planned by incorporating encryption technologies, intrusion prevention systems to ensure the resistance of the IT system against information manipulation and eavesdropping. Th e nationwide programme was launched by the IAF to accelerate the use of information technology as well as to link all fi eld units using a dedicated satellite. AFNET can be described as a perfect example of publicprivate partnership. The Rs 1,077 crore project, which started four years ago, has been developed by Bharat Sanchar Nigam Limited (Department of Telecommunications DoT), HCL Infosystems and Cisco Systems in collaboration with the Ministry of Defence (MoD), and is a part of the overall mission to network all the three services – the army, the navy and the air force.

The two ministries came together under the project, ‘Network for Spectrum’. DoT started the project to set up a dedicated fi bre optic network for the exclusive use of Indian armed forces. As per the agreement, DoT will lay about 40,000 kilometres of optical fi bre cable connecting 219 army stations, 33 naval stations and 162 points for the air force (so far, work pertaining to air force has been completed). In exchange, the armed forces will release the frequency spectrum being consumed by them at present. DoT plans to use the released spectrum for extending 2G and 3G mobile telephony services to the public.

The aim of ‘Network for Spectrum’ is two fold – to facilitate the growth of national tele-density; and to ensure modernisation of defence communications with state-ofthe- art infrastructure, and to support net-centric military operations.

The total cost of implementing ‘Network for Spectrum’ is estimated to be about Rs 10,000 crore. With the launch of AFNET, IAF has become the first among the three services to complete interlinking major installations throughout the country on a high bandwidth network. The navy and army too are working in this direction and are expected to complete their projects by 2013. 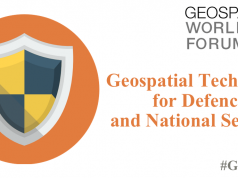 Will automation take over the Defense industry?