You have been a champion of spatial data infrastructure in South Africa as well as in the region. How has been the progress?

There has been progress, but it has been very slow because people are still trying to understand and come to terms with what spatial data infrastructure, or SDI, really means. I think it is still at a low level. Very few senior or top managers are engaging or getting involved with us as they do not seem to fully appreciate the power of geospatial technology. A large amount of the SDI work is driven by people who are not at a very senior level and this is hampering the progress, particularly when it comes to prioritising work and budgetary provisions.

What is happening on the data sharing front? Have all data providers agreed to share data?

The idea of data sharing is not so much an issue, particularly with public institutions. The problem is that organisations themselves do not know what kind of data is available. But we are working on that. We have a geo-portal or an electronic metadata catalogue, but that is not functioning as well as it should be and it will soon be replaced with a new system.

We hope to address several current issues. But the system will only work if the data collectors are posting their metadata into the system. We are trying to develop the system so that it harvests the metadata from the data collectors, thus reducing their burden. But we still need to educate the users about the value of metadata — on what is available and the suitability of that information.

We expect the revised geoportal to be operational by early 2014, following which we will get the metadata populated into the electronic catalogue. Then the big job is to market this to the people so that they start using it. We will organise workshops with the user community to demonstrate the system, its usability and benefits.

You said that organisations are not yet convinced about the importance of data sharing. Are you working towards bringing some policy changes to make this mandatory?

A committee on spatial information is in the advanced stages of implementing two policies. The first is a policy on pricing, which will be applicable for all public organisations, where we are trying to standardise how different entities will charge for data.

Primarily, we believe the cost accrued by a data supplier [for procuring that data] should be charged for, while the information itself should come free of cost. However, the supplier can charge for adding value to a product, but that should be based on a rational costing model. There is an exemption provision, but one has to apply to the ministry and explain the reasons for availing that.

Very closely related to this policy is the issue of data duplication. The legislation is very strong on the principle of data sharing and bars unnecessary duplication. Base dataset custodians will need to register a data capture project to let others know what kind of data they are collecting and organisations which are not custodians of base datasets will be prohibited from collecting data unless they have been given clearance for it by the committee for spatial information. This will minimise duplication. The pricing policy is now ready to be presented to the minister for his final approval, following which it will become a law.

Are the provincial or municipal level organisations also a part of this infrastructure?

Provincial or municipal organisations can be part of this, but it is important to identify the base dataset first. There could be a situation where provincial governments only collect data for their area of jurisdiction. They could then contribute to the national dataset. In terms of the governance structure, there could be more than one custodian in some area. In such cases, we have created a system where there will be a coordinating custodian, which will then be guiding the component data custodians.

At present, the law is not applicable for the private sector and is binding for public organisations only. We cannot prevent a private company from collecting information because they are doing that on their own cost. But a private company working on contract for the government is bound by the law as then they are acting as an extension of the state organ. However, we are looking at amending the Spatial Data Information Act which will extend to include the private sector as well.

What mechanisms are being adopted by NGI to make the data easily accessible to users?

All our data is supplied only at the cost of the paper on which the map is printed. This can be accessed through the Web as well. We do have a geoportal, but owing to the low bandwidth in South Africa, accessing very large files on the Internet is difficult. However, this will change with the launch of the redeveloped portal. We are using OGC standards for WFS and WMS services, which will be available through that. We also want to provide a Web cartography service, where the users will be able access the information online instead of downloading.

All our data is supplied only at the cost of the paper on which the map is printed. This can be accessed through the Web as well. We also want to provide Web cartography service How does the SDI contribute to the economic development of South Africa?

There are three pillars to what we have been talking about — availability, accessibility and usability. As a national mapping organisation and an SDI agency, NGI needs to make sure we are looking at those three aspects. I don’t think we can have a successful NSDI if these three things are not working properly and are not working together.

Availability means availability of relevant and up-to-date information. Accessibility includes the knowledge of the availability of the information and the issue of affordability. If the data is too expensive, it becomes inaccessible. There are issues of semantics as well. That is the connection between the user and the data collector — are we talking in a language the user can understand? Then there are issues of data privacy, data sharing and principles of creating once and using many times.

There is a trend among countries to have all geospatial related agencies under one department. For instance,Indonesia recently did so for better coordination and greater relevance and contribution. Are there any such initiatives in South Africa?

No, not at this stage, but I think this is one area that needs serious attention. I believe in having a single logical data model but physically you can have distributed databases. Therefore, different organisations can have defined responsibilities as long as their roles and responsibilities are clear. For example, the agriculture department may have some data, say about soil, which they can share with the soil data custodian, but there has to be a central organisation that oversees and coordinates this. I see this as an issue and some institutional rearrangement is required for such activity.

Personally, I don’t think the NSDI should be administered by a line function department. It should be with an agency that is more cross-cutting through the government. For example, the Planning Commission is an organisation that has involvement or participation in almost every sphere throughout the country and I think NSDI should be with it. Also, we need to bring statistics and the NSDI together or within the same organisation, because statistics and geoinformation are the most fundamental of datasets that the government needs for planning, policy formulation and development. If there is a correct institutional arrangement for this, we can do a far better job than what we are doing currently. I think there is a lot of room for improvement in that area. 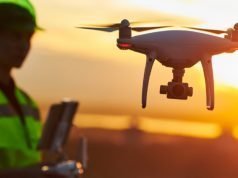 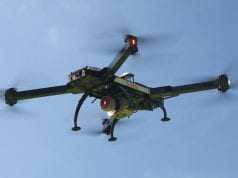 How the face of LiDAR surveying will change with technological innovations