Intergeo 2014 opens in Berlin on October 7. Billed as “the world’s leading conference trade fair for geodesy, geoinformation and land management”, it attracts a huge number of participants and exhibitors; 92 countries participated in the last count. Intergeo is hosted by Germany, a country known for its attention to quality, precision, endurance and innovation; all qualities summed up by the phrase ‘Made in Germany’.

Germany has been the European powerhouse for many decades. Think of any breakthrough technology and you will find Germany or Germans behind them — be it instruments, cars, jet engines, satellites or rockets. After a debilitating war that would have finished off any other country, Germany sprung back to become the fourth largest economy in the world and the kingpin of the European Union, pulling it out of a mega recession almost single-handedly.

Germany’s attention to geospatial systems is well illustrated by the statement of Professor Karl-Friedrich Thone, President of the German Society of Geodesy, when he says in his welcome statement that the conference will “demonstrate how geoinformation has moved to the heart of society and provides the key to solving the challenges of our 21st century world. Modernising transport routes, mobility and expanding broadband all require the increasing digitisation of our infrastructures — in the form of good governance via e-government. Climate change, the energy revolution and flood prevention are never far from the headlines and thus well-deserving of their prominent place on the conference agenda”.

Indeed, the German Space Agency DLR has pioneered many innovative technologies like stereo imaging from space (MOMS-02) and synthetic aperture radar (TERRASAR-X). German technology has led the field in photogrammetry and surveying. Companies like Carl Zeiss (now part of Trimble) have been innovators of cameras and precision instruments for photogrammetry and surveying. Research emanating from its universities in Berlin, Hannover, Heidelberg and Stuttgart, to name a few, are essential reading for others in the field.

Germany’s High Tech Strategy for 2020 significantly includes ‘mobility’ and the use of the European Galileo GNSS for diverse applications from freight and logistics to urban mobility and maritime technologies.

GNSS and its applications have gone from strength to strength. Today we have, apart from Galileo, the US GPS, Russia’s GLONASS and China’s Beidou, not to mention regional systems like India’s IRNSS and efforts by France and Japan. While Location Based Services is the most visible application the real money lies in navigation, maritime applications, precision timing and precision surveying.

As I write this, a seminar on ‘Make in India’ is underway in Delhi and speaker after speaker are echoing ‘quality, precision, cost’ as desirable goals. Indian industry could learn these from German industry.

With the success of the Mars Orbiter Mission, MOM India can justifiably be proud of having achieved these goals albeit in a small way. Incidentally, India shares with Germany the acronymMOM in MOMS 02, which flew onboard the German D2 was the world’s first space borne in-line stereo scanner. 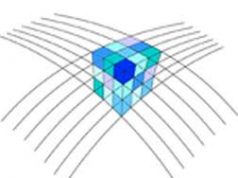 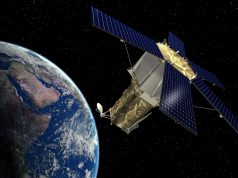 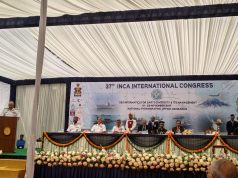