On June 26, 1945, delegates from 50 nations came together to sign the United Nations Charter – a historic moment for global peace and progress which set the context for a new world order. Five years later, the Republic of India laid down the principles for the world’s largest democracy, with वसुधैव कुटुम्बकम् (The World is one Family) engraved in the entrance hall of its Parliament.

Over the last 75 years of post-World War II, humanity has thrived towards global peace, prosperity, and harmony. Several alliances have been formed to build cooperation in fields of security, economy, and sustainable development. Though some of the early alliances such as NATO and Warsaw Pact focused on military cooperation, soon, the world witnessed economically driven collaborations such as Organisation of Petroleum Exporting Countries (OPEC), Group of Seventy Seven (G-77), Organisation for Economic Cooperation and Development (OECD), and Group of Seven (G7).

The end of the Cold War around 1990 added even more meaningful dimensions to the world order, driven by aspirations of free trade (World Trade Organisation), political integration (European Union) and economic cooperation (Group of Twenty) and BRICS. And finally, the last decade witnessed the noble aspiration to ‘Leave No One Behind’.

The world got together to commit The 2030 Agenda for Sustainable Development – a blueprint for peace and prosperity for people and the planet. At the heart of the Agenda are 17 Sustainable Development Goals, making an urgent call for a global partnership to end poverty, improve health, and reduce inequality, while spurring economic growth and tackling Climate Change.

While we prepare to celebrate the 75th anniversary of the UN, reaffirming its collective commitment to multilateralism, the year 2020 seems to be adamant on challenging the elasticity of the world order by compressing its principles of one family. The year began with COVID-19, and within a fortnight, humanity was dismayed by the so called aspirational world order in which no one is left behind.

Collaborative agreements of all kinds lost their relevance, and inward looking governments sealed their borders and dedicated all available resources to protect their own people. This inward approach percolated to municipal, and even household levels. Soon, social distancing also meant “emotional distancing”. Since early March, international institutions, set up with the purpose of multilateralism and oneness, turned “deaf and dumb”, and left countries at their own fate, irrespective of their capability to deal with pitiful realities. Leave aside helping with resources, there hasn’t been even cooperation in terms of sharing quality information and learnings, which has resulted in chaotic decision-making and loss of livelihood for billion+ people worldwide.

It is a foregone conclusion that humanity is experiencing its biggest economic depression, and it may get worse than 1930s. At a time when the world leadership should have put its act together to combat this crisis, we have been observing an unaspiring, indifferent, inward, and isolated approach, which is focused at addressing local, and at best, national interest. Moreover, powerful economies have chosen to strengthen their supremacy by triggering conflict and unrest in different parts of the world.

The ideas that shaped the past 75 years have all but evaporated. A world order based on humanitarian approach has showed its theatrical character and fragility. The year 2020 has put elasticity of the world order to test by stretching and compressing its shape. The global response to COVID-19 has posed fundamental questions about the genuineness of a progressive world order and exposed its hypocritical intent of “oneness”.

Hopefully, the future will witness an all-new progressive world order that can restore trust and values of peace, inclusivity and sustainability. Maybe the crisis will give rise to charismatic leadership and statesmanship, which will help the world regain its large-hearted shape. 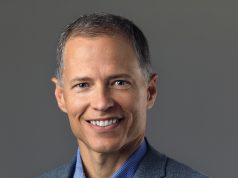 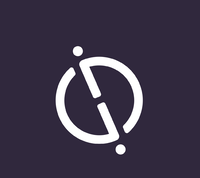 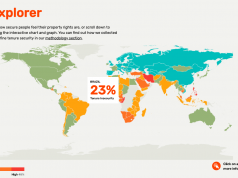